WHICH ONE IS WHO? 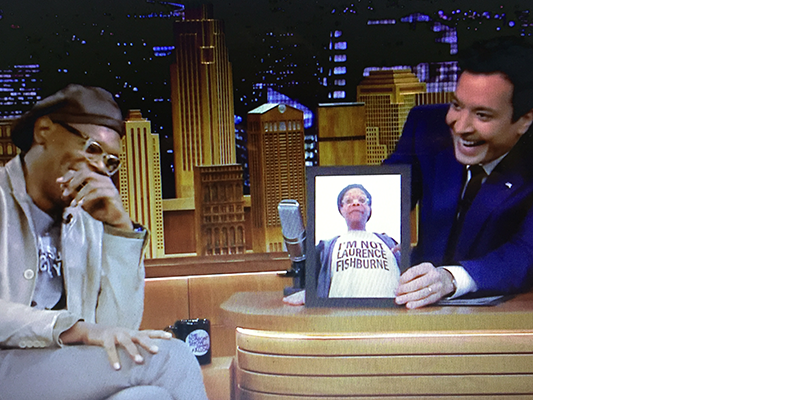 “Really, really … I’m the other guy. The other one,” a perturbed Samuel L. Jackson shouted to a Los Angeles TV entertainment reporter who confused him with actor Laurence Fishburne.

Was Jackson’s righteous indignation really justified? The embarrassed reporter did apologize profusely, after all. Besides, Jackson and Fishburne are confused by people on a regular basis. Both have said as much in interviews over the years. And months after the 2014 snafu Jackson even joked about the situation with Jimmy Fallon on “The Tonight Show.”

The which one is who? Mistaken identities appear to be as common as they are tough to resolve. Once the mix-up takes root in our memory, it becomes irrelevant however much alike or dissimilar the connections may actually be.

For example, multiple online quizzes attest to the widespread confusion of veteran actors Bill Pullman and Bill Paxton. In everyone’s defense, their names, appearances and film roles are similar. “The Simpsons” made fun of the confusion in an episode in which Homer corrects someone in a movie theater who identifies the wrong Bill. (This past February Bill Paxton died, which for now will likely distinguish him as the “dead one.”)

Other notable which one is who? actors include Jessica Chastain and Bryce Dallas-Howard; Thandie Newton and Zoe Saldana; and the ever-indistinguishable Tom Bosley from “Happy Days” and David (“Bosley”) Doyle from “Charlie’s Angels?”

How do these crisscrossed connections get started? Like most subconscious issues, they probably originated in our childhood. Think of all the clueless, impressionable little kids trying to grasp the difference between Donald Duck and Daffy Duck; Goofy and Pluto; and Snow White and Sleeping Beauty? Or Homer Simpson and Peter Griffin …?