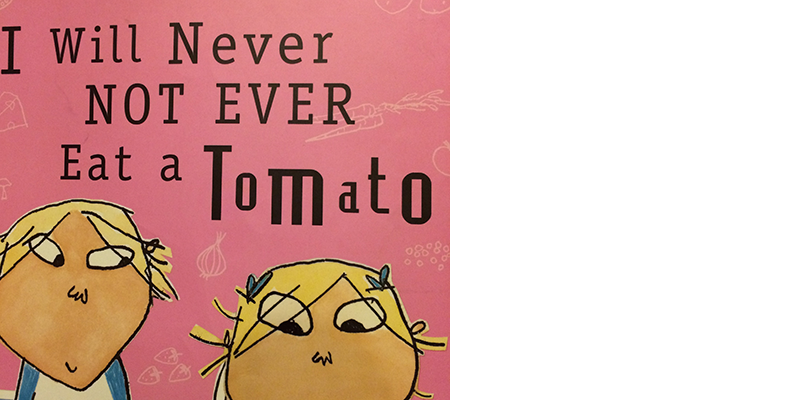 Scattered amongst the weirdly disordered seating chart between those who eat too much and those who don’t eat enough, there’s a loosely identified bunch of misfits — so-called picky eaters. The myriad varieties and curious manifestations of their condition have earned them a long overdue, if not officially recognized, place at the dining table with other outliers.

Compared to eating disorders recognized by the Diagnostic and Statistical Manual of Mental Health Disorders, picky or selective eating doesn’t hardly rate as a concern for researchers and interventionists. Occasionally a small study or support group (i.e., picky eating adult support) will attach a label to a form of the condition in the hopes of raising the level of awareness or seeking out like-minded eaters.

Cause and consequence distinguish the recognized eating disorders. Extreme picky eating disorder, selective eating disorder or “food neophobia,” the virtual fear of foods, as it is most recently described, may someday warrant the attention applied to obesity and bulimia. Until then, it is just a problem — a food aversion, maybe psychological, psychosomatic or phobic. Or, disgusting, like Newman with “that vile weed” broccoli.

For at least one eating condition, there’s no recognition at all. Something I’ve lived with for more than half a century. There is no name for the condition, which is, to be specific: “hatred” of foods that have never touched my lips or entered my mouth and certainly not tasted. It’s nonsensical, trust me I know that much; the sort of behavior that makes me feel like the only child eating at the adult table, or vice-versa.

Research into the origin or commonness of my issue only serves to reinforce its peculiarity. The distasteful disorder goes beyond an intense aversion to specific foods. Uniquely, and apparently subconsciously, I’ve convinced myself that I hate a whole bunch of foods I’ve never tried.

This disorder comes with a backstory, one that’s informative if not causative. My younger brother and I as children were routinely forced to sit at the dinner table until we would “at least try” a certain food on our plate. Usually it was some type of vegetable or fish. Sometimes we’d sit for hours, alternately crying and laughing, when our parents would leave the room. I have one vague recollection of trying to choke down a piece of cucumber only to gag it right back up. Eventually we’d be sent to our room as punishment. This unpleasant mealtime ritual went on for years until my mother gave up, as she recalls, conceding we were healthy enough.

Back then, this approach to behavior modification was common. By today’s standards, such mealtime parenting tactics seem inappropriate, bordering on abusive. This is not intended to blame my parents for our subsequent life-long hatred of those foods and more. The aversion obviously preceded the table trauma.

To make matters worse, our older brother ate anything on his plate. He’d be done and playing outside or watching TV while the two of us would be stranded at the table. A researcher might consider him to be a convenient “control group” in the examination of our condition. So too would be my two children, from whom I tried to shield my issues, and who in their youth and now adulthood are healthy, adventurous eaters.

By contrast, my younger brother and I still joke that we were exempted from military service because of concern that if captured by the enemy, we’d be susceptible to torture by tomato and divulge strategic secrets.

For practical intents and purposes, several characteristics appear to influence the inedible list: smell, texture, consistency, appearance and sometimes seeds. Additionally, I believe I am hyper-sensitive to smell, touch and taste – a consideration referenced by some researchers. And though never diagnosed, for full disclosure, I might be on the low end of the OCD spectrum.

There is an extensive list of foods that if they so much as touched my tongue I am convinced would make me physically ill and throw up. The gag order includes tomatoes, cucumbers, squash, zucchini, all melons, all berries, jams and jellies, peaches, mangoes and mango chutney, fatty or gristly meat, among countless others. From what I’ve been told, often and incredulously, most of these items are quite appetizing.

For my younger brother, mustard can be added near the top of the list. He started with a much longer list (His diet consisted mainly of smooth peanut butter and white bread sandwiches), but he has since courageously overcome several aversions.

For the most part, though, neither of us has substantially curbed, let alone outgrown, the condition.

This adversarial relationship with so many foods is rife with curiosities and convolutions. Why are ketchup and pizza sauce okay but not tomatoes; why pickles but not cucumbers; apples but not applesauce; berry flavored drinks and candies, but not the actual fruits; and green grapes and red wine but not purple grapes or raisins? Conversely, why do I now enjoy seafood, which was forever way outside my comfort zone and at the bottom of the food chain? Was my wife’s patience and seasoning the reason for this rare breakthrough? And what in my mind distinguishes cherries, strawberries, yogurt and guacamole as things I might one day try?

Researchers at the Duke University Center for Eating Disorders go so far as to suggest that “picky eating” is an obsolete term that might better be described as “avoidant/restrictive food intake disorder” (or ARFID, an unfortunate acronym?)

The most recent study by the Duke Center, published in the journal Pediatrics, found that even moderate levels of picky eating with kids can be linked with psychiatric problems – including anxiety and symptoms of depression – that may carry into adulthood. Nancy Zucker, the study’s co-author and director of the Duke Center, stressed in an NBC News interview that parents need better advice in dealing with the condition. “The first take-home message is that you’re not to blame. The second take-home message is that it’s more complicated than we think.”

The “condition often straddles the line between mental and food-related syndromes,” according to an article in The Daily Beast aptly titled “Pickiness: The Secret Eating Disorder Nobody’s Talking About.” Among the experts interviewed for the article, some suggest the condition “could stem from an ingrained phobia of trying unfamiliar things” and likened the extreme sensitivity to smells and textures as a form of Obsessive Compulsive Disorder.

Angela Guarda, a psychiatrist with Johns Hopkins Eating Disorder Program, observed in The Daily Beast interview that although picky eaters may want to expand their diets, just the smell of a new food can trigger a gag reflex. More intriguing still, she “thinks the restriction to comfort foods might be found in our evolutionary history, and for some reason those affected with SED don’t outgrow the preferences given at birth.”

Guarda could be on to something. “I think your issues go much deeper than picky eating,” dietician Golnaz Ghomeshi Friedman, confirmed to me in a recent interview. The University of California, Davis Medical Center practitioner noted that at least 25 percent of her patients refuse to eat one food or another – like a seafood or vegetable. “Yet I can’t say that I have ever encountered someone with such extreme and numerous food aversions,” Friedman added.

As far as I know, I have never eaten any of the foods I hate. But, remarkably, it’s another peculiar aspect of my situation that I have completely overlooked, that is until Friedman suggested some remedies and resources for help: Can I solve my problem? This is probably for the best, considering an observation by Samantha Finkelstein, an eating disorder dietician serving the San Francisco Bay Area. “The challenge definitely becomes greater when working with adults who rely on their own internal motivation and have many more years of this habit engrained in them,” she explained.

Anyway, I’ve always figured I’m healthy enough and over the years I’ve managed acceptable work arounds – like explaining to servers at restaurants that I am allergic to tomatoes and they literally cannot touch my plate; and avoiding invitations to home cooked meals. (My awkward response to one host’s pasta smothered with chunks of tomatoes and “special homemade peach cobbler” dessert nearly destroyed our friendship.) In fact, I have always been much more interested in simply trying to understand the origin of my psychological allergy slash eating disorder.

ANXIETY AND SAFETY IN NUMBERS

My reign as the pickiest of picky eaters is being challenged. The research team at the Duke Center decided to look closer at the connection between adults with eating-related disorders who reported having been picky eaters as children. “What may be happening,” lead researcher Zucker related in a Time Health interview (8-3-15), “is that selective eating may be a symptom of a broader hyper sensitivity. … So for certain children who see, feel, hear and taste their world more intensely, being picky about which foods they eat may be a way of coping with an otherwise overwhelming influx of sensory information.”

“Picky eaters are more sensitive to the texture and smell of food, and have a stronger sense of disgust than other kids,” Zucker told NBC News. She added in the Time Health interview that the study of more than 900 kids also produced “evidence that for the severe picky eaters, and for some of the moderately picky ones, their aversion to certain food tastes, and textures wasn’t just ‘yuck’ but involved gagging.”

Before pushing away from the table in disgust and declaring “enough,” I take solace in the habitual conclusion of all researchers: “The subject is complicated. More research needs to be conducted to better understand the issue.”

In any case, thinking about and researching this story generated plenty of food for thought. First though, for the record, I do acknowledge that with people starving around the world this is a luxury problem. That said, I remain curious whether this weird aversion is about pickiness, disgust or hatred? Whether it is an obsessive, compulsive, disorder? Or perhaps something deeper – subconscious, evolutionary … a psychological allergy, my self-diagnosis?

Phew. You say tomato, I say … keep that vile thing away from my cheeseburger.

* Illustration from the book I Will Never Not Ever Eat a Tomato by Lauren Child.

Stuart Greenbaum is lead author of the cultural affairs blog Humble Sky (www.humblesky.net). The veteran public relations counselor is editor of the book Longevity Rules: How To Age Well Into The Future and author of Educated Public Relations.