CLIMATE CHANGE IS EASIER THAN OPINIONS 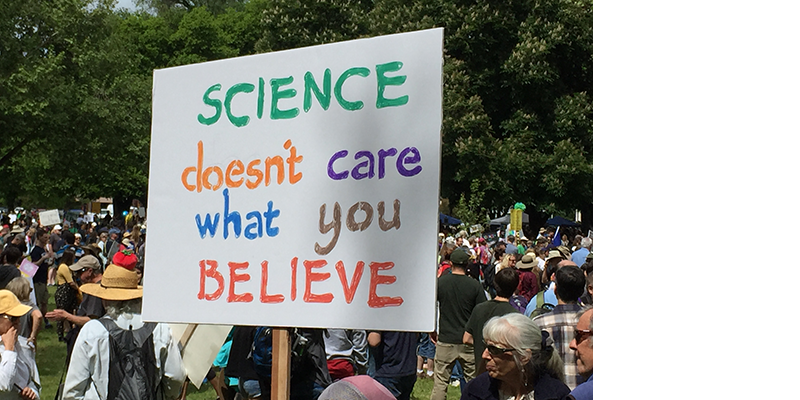 The problem is too complex for many people to understand. The concern is distant. And the whole thing may not even be real. From a behavioral science perspective, the cards are stacked against making changes to control our climate. Public opinion is incredibly tough to sway to begin with, and that much more difficult when the repercussions appear neither personal nor imminent. Or believable, in the case of science deniers.

FROM APATHY TO ACTION

Policymakers, whose livelihoods rely on voter satisfaction, focus on issues with potential for immediate gratification. Long range stuff is the next guy’s problem. For this reason and more, Anthony Leiserowitz from Yale University calls climate change the “policy problem from hell” in “Climate Lab,” a new YouTube video produced by UC Berkeley. Reported in a Science of Us article announcing the six-part series, Leiserowitz doubles down, “You almost couldn’t design a worse problem as a fit with our underlying psychology, or the ways our institutions make decisions.”

Addressing climate change faces challenges similar to those that confronted Darwin when he introduced his then-controversial theory of human evolution. Too many people believe beliefs rather than science.

An elementary school science teacher in New York, Jacob Tanenbaum, pondered this concern in a Scientific American article from back in January 2013: “… more than 40 percent of U.S. adults believe literally what is written in the Book of Genesis – that Earth and the universe were created in six days about 6,000 years ago. … “The danger is that 40 percent of the American electorate seems to have forgotten what science is.” Then again, the same people who reject science when it conflicts with their beliefs or way of life, embrace it when it benefits them – for travel, electricity, communication.

Others simply value their own opinion more than facts and science. Kyrie Irving, the popular point guard with the Cleveland Cavaliers, made news and scored big-time with science deniers recently when he questioned whether the world is round … or flat. “Does it matter to you that I believe the world is flat?” he asked reporters who questioned his stance.

So, who and how exactly can we fix the climate before it changes beyond repair? We know public opinion influences public policy. But marching only takes us so far. Those of the opinion that God knows, better hope sooner than later he shares his plan with scientists — and allows more than six days for implementation.