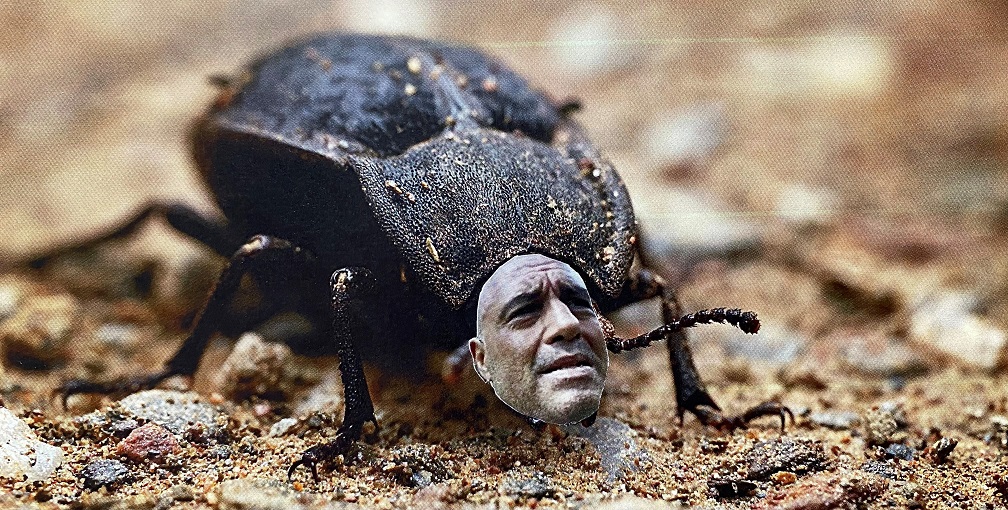 WORLDWIDE — Caput! The universe’s Higher Power today ordered the cancellation of the human species in what is being deemed an unprecedented act of ultimate authority … and pity.

“Humankind will cease to exist, effective this afternoon,” the decree stated, adding with arguably a show of mercy, “immediately prior to another episode of the Joe Rogan Experience”

Despite ignoring dire warnings over the past five years, the urgency and extreme nature of the fate is being received as surprisingly unwelcome news. Early tweets from popular representatives of the human race shared a wide range of emotions — from disappointment to dismay, to simply duh.

The dung beetle also will be permanently removed. The official proclamation declaring both humans and dungs to be similarly unworthy and “full of shit.”

To quash any ambiguity, doubt or denial, the Higher Power reinforced that the order does not call for a fix or reboot, but rather “extinction, like what humankind’s selfish abuse of the planet inflicted upon countless cohabitants.”

The Higher Power concluded, “Whilst I humbly submit my mistakes, in the end humans and dung beetles get what they deserve.”