‘GOD IS NOT GREAT,’ BUT HITCHENS RULES

By HumbleSkyMay 25, 2021Culture, Philosophy
No Comments 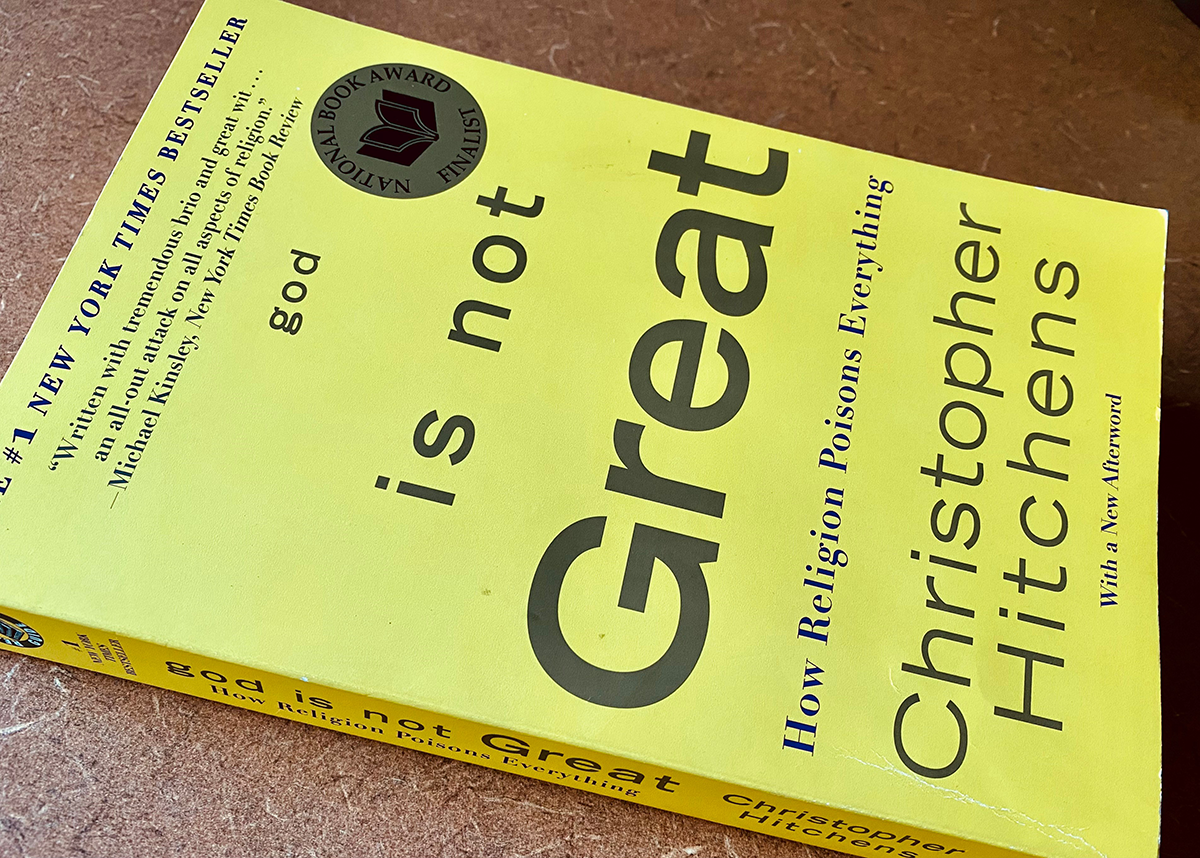 The brilliant polemicist Christopher Hitchens (1949-2011), author of multiple bestsellers including god is not Great, is known for his uniquely erudite and witty writing and oratory. The audacity with which he made and debated his points did not suffer fools or simpletons.

Hitchens condensed the whole of scriptural authority to the most elemental, easily understandable principle. “The so-called Golden Rule,” he wrote, “simply enjoins us to treat others as one would wish to be treated by them.” All the spiritual writing, teaching, praying and confessing do not amount to anything more or less obvious than this basest rule, he argued.

“This is a sober and rational precept, which one can teach to any child with its innate sense of fairness (and which predates all Jesus’s ‘beatitudes’ and parables), is well within the compass of any atheist …” Hitchens observed the Golden Rule is learned as part of humankind’s evolution, and once grasped is never forgotten. “Ordinary conscience will do, without any heavenly wrath behind it.”

The Golden Rule suggests our actions and the actions and reciprocity of others establishes a general law of nature. “In this summary of mutual respect and solidarity,” Hitchens contended, “there is no requirement for any enforcing or supernatural authority. And why should there be? Human decency is not derived from religion. It precedes it.”

The success or failure of our approach to every major concern we face as a society, as a species, comes down to whether or not we follow the Golden Rule — an at-once selfless and self-serving contract based on mutual respect, empathy and compassion. And, proverbially, on our capacity to “walk a mile in another’s shoes.”

The rule challenges us to abide by simple things like wearing a mask and getting a vaccine to protect fellow human beings; to more existential things like those among us who are accustomed to privilege not feeling oppressed by “others” who are fighting for equality.

If there is one thing upon which the great contrarian Christopher Hitchens, along with all the world’s faithful and faithless — roughly equal in number, according to a recent Gallup Poll — should agree, it is that righteously following a moral compass to “Do onto others as you would have them do onto you” will lead us to a better place.