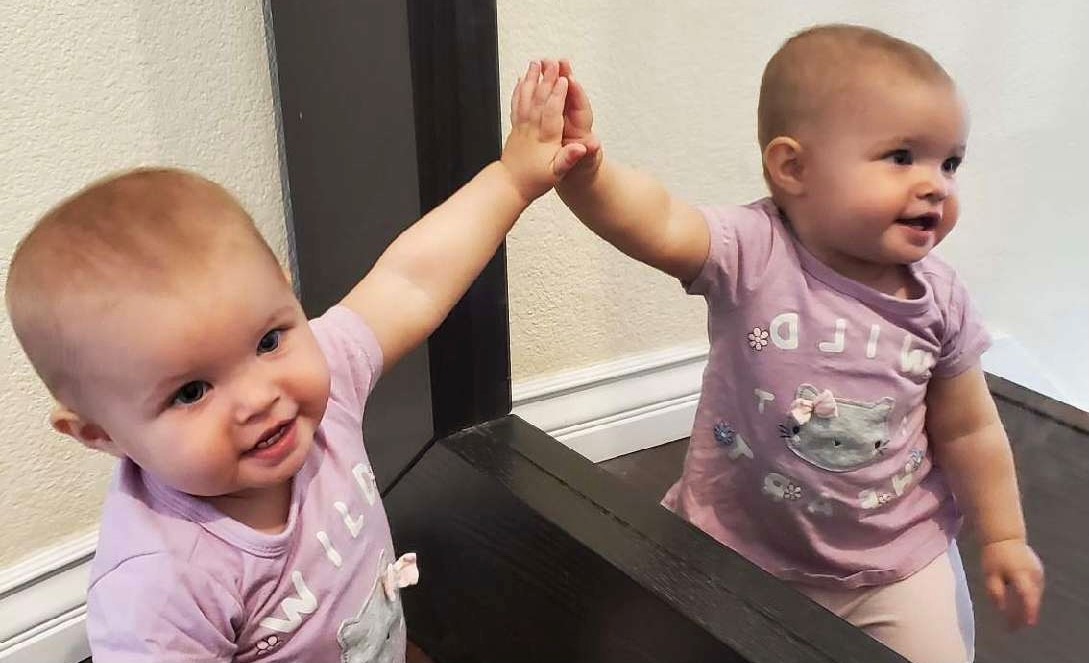 “That’s a nice photo of me,” said no toddler ever. Though this does beg the question: What exactly does a one- or two-year-old think when they see themselves in a photograph or video or mirror, for that matter?

No one really knows for sure. Except for the children and they’re not talking, much less explaining. Psychologists do however agree that toddlers generally begin demonstrating some degree of self-awareness or self-consciousness around 18 months of age. This includes using self-referential language such as I, me and mine; understanding and saying their name; and exhibiting the emotions of shyness, pride and guilt.

One-and-a-half is also around the age children will look into the mirror and recognize or realize themselves. Visual recognition — in a mirror, photo or video — is considered by researchers the standard for identifying the emergence of objective self-awareness by a child.

Yet despite the universality of such studies, researchers agree visual self-recognition is just one aspect of the nature and development of the bigger picture of self-awareness and its neurobiological and psychological triggers.

Research aside, as with most questions about child development, it is the parents on the frontlines who usually know best. Even though their response to such existentialism may be simply, Who cares? So long as looking in the mirror or scrolling through photos and videos on the phone keep their child occupied and happy for a few moments.

Harmless enough? Unless, of course, this childish curiosity with self becomes an infatuation or obsession. In which case Facebook kingpin Mark Zuckerberg is preparing to take full advantage. Instagram is developing a separate children’s app to, as the platform claims, help kids “have fun and learn.” Watch out for a new generation of very self-aware mini-Kardashians.