‘GRACE AND FRANKIE’ TRY TO BE GERIATRIC ‘FRIENDS’ 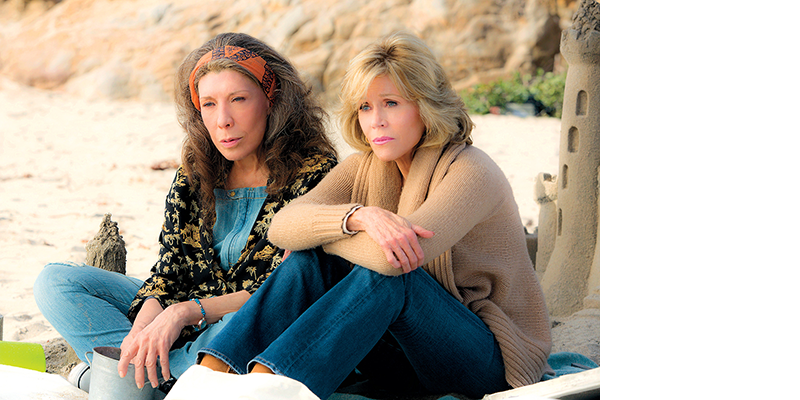 The characters in “Grace and Frankie” are not supposed to be the geriatric odd couple, but rather and simply, “very real people.” This is the goal, according to Marta Kauffman, co-creator of “Friends” and the new Netflix show starring Jane Fonda and Lily Tomlin, along with Martin Sheen and Sam Waterston.

In developing the show, “We had hundreds and hundreds of conversations about tone,” Kauffman explained in an interview on The Nerdist Writers Panel episode (7-21-15) podcast. “I believe to have a truly great show, it has to have humanity.”

To podcast host Ben Blacker’s follow-up question, “What is the role of the TV show?” Kauffman demurred: “It’s just entertainment. … My goal is for you to have an experience, to open up your heart to something. Looking at people in their seventies, I’m not making fun of them. I’m connecting to them.”

So, how did all these good intentions and such potential go awry? It’s hard to imagine a show could be so cliché and boring with such contemporary, provocative subject matter. Take for instance, two 70-year-old friends/law partners (Sheen and Waterston) leaving their wives (Fonda and Tomlin, respectively) to get married to each other; or how about a mail-order chair with Ryan Gosling’s face on the seat; or dialogue about dry vaginas and “sand in my vagina”; or a selfie recording of a peyote trip “to tranquility and acceptance.” Okay, the latter example is plain stupid.

The problem, probably, is the expectation that four outstanding, veteran actors and a novel idea to make growing old real and entertaining would be enough. It’s not, unfortunately. Nothing works well; not the acting, the directing and definitely not the writing.

BUT, to reiterate, the goal to depict aging and older adults as authentic and complex is commendable. It’s just that this doesn’t guarantee or entitle success. To be fair, this review is based only on viewing the pilot. You can be the judge of the entire series, if you have the patience. 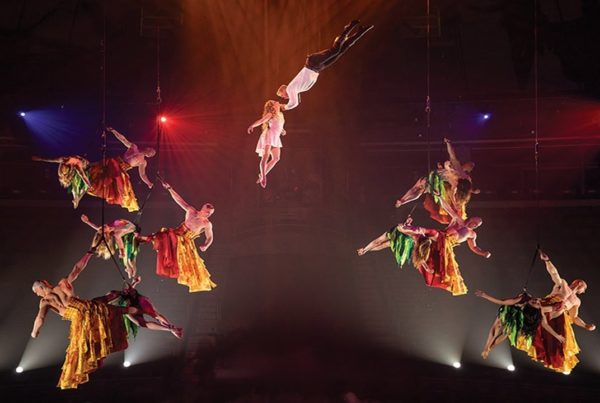 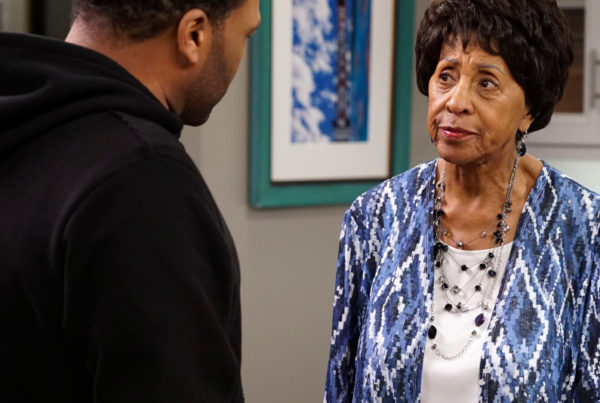 Hollywood: Wise Up On Aging