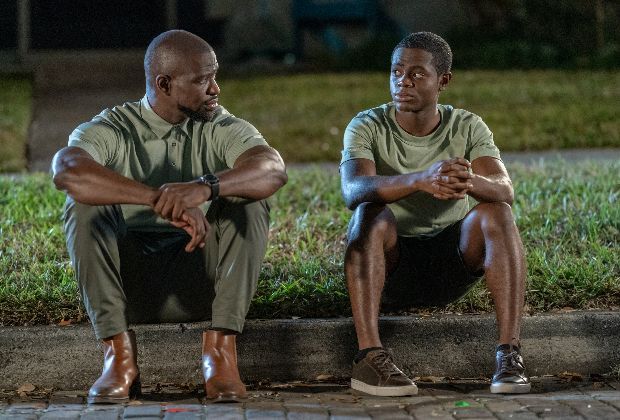 Film and TV may not always do the best job or be the best way to influence public behavior. Although, when writers, directors and actors get real, the impact is as rapid, prolific and positive as any method of public outreach.

That said, even Hollywood’s most talented and socially conscious content developers find it particularly challenging to secure support for projects attempting to advance storylines and characters that authentically represent older adults and the aging process.

Sometimes, though, a life-reaffirming bit of maturity makes it on screen. The Wise Up On Aging initiative offers this sampling of film and TV dialog as evidence and encouragement how to make aging interesting, entertaining and relevant.

Hannah: I see people out of life. You know, somebody sees you in — like a midwife. And I see people out. I make sure that they can go in peace, with everything in order. … It’s been a privilege.

Maude: A lot of people enjoy being dead. But they are not dead, really. They’re just backing away from life. Reach out. Take a chance. Get hurt even. But play as well as you can. Go team, go! Give me an L. Give me an I. Give me a V. Give me an L-I-V-E. LIVE! Otherwise, you got nothing to talk about in the locker room.

Grandson : A book?
Grandpa : That’s right. When I was your age, television was called books. And this is a special book. It was the book my father used to read to me when I was sick, and I used to read it to your father. And today I’m gonna read it to you.
Grandson : Has it got any sports in it?
Grandpa : Are you kidding? Fencing, fighting, torture, revenge, giants, monsters, chases, escapes, true love, miracles …
Grandson : Doesn’t sound too bad. I’ll try to stay awake.
Grandpa : Oh, well, thank you very much, very nice of you. Your vote of confidence is overwhelming.

Edward: Three things to remember when you get older: never pass up a bathroom, never waste a hard-on, and never trust a fart.
Thomas: I’ll keep that in mind as I approach decrepitude.
…
Edward: If life has taught me anything … it’s that 95 percent of the people are always wrong.

Evelyn: But it’s also true that the person who risks nothing, does nothing; has nothing. All we know about the future is that it will be different. But, perhaps what we fear is that it will be the same. So, we must celebrate the changes. Because, as someone once said “Everything will be all right in the end. And if it’s not all right, then trust me, it’s not yet the end.”
….
Evelyn: There is no past that we can bring back by longing for it. Only a present that builds and creates itself as the past withdraws.
….
Evelyn: Is it our friend we are grieving for, whose life we knew so little? Or is it our own loss that we are mourning? Have we traveled far enough that we can allow our tears to fall?
Madge: When someone dies, you think about your own life. And I don’t want to grow older. I don’t want to be condescended to. To become marginalized and ignored by society. I don’t want to be the first person they let off the plane in a hostage crisis. [chuckles]

Sophia: Esther Weinstock is dead. We grew up together, she was my best friend.
Dorothy: I’m so sorry. What happened?
Sophia: [sarcastically] She was fighting an oil rig fire in the Gulf of Mexico.
Sophia: [agitated] SHE WAS 88!
Rose: Well, it’s great that she was able to work right up to the end.
….
Sophia: If I met a man who was over seventy but still looked half-way decent, I’d be on my back faster than you could say, “I’ve fallen and I can’t get up!”

Stevie: [to Stellan Skarsgard (River)] Sex is an itch to scratch. Love is an itch so far down your back that you can never scratch it with your own hand.

Martin Sixsmith: The end of all our exploring will be to arrive where we started and know the place for the first time.
Philomena: That’s lovely, Martin. Did you just think of that?
Martin Sixsmith: No, it’s T.S. Eliot

For quality representation of the “coming of age” theme, OWN’s “David Makes Man” may be the best example overall. The writing, as well as the acting, directing and producing, offer a master class in authentic, mature storytelling.