On the Down Gigolo

LONGEVITY RULES! (#1 in a series of fictional essays based in reality)

“Welcome to Rochester Assisted Living.” Yes indeed, with open arms. I think I’ve died and gone to heaven. Who would’ve thought after reluctantly making the move here I’ve become the cool kid I always dreamed of being back in high school. All the popular girls want to be with me.

I’m 80, which means it only took 65 years for the dream to come true. Better late than never.

My competition at RAL is a little sparse and challenged — vertically and otherwise. Joe relies on a walker and Wayne uses a scooter to negotiate the long hallways — both are fighting gravity, and losing. Henri needs a translator and a better hearing aid. And poor Wilson is challenged to remember the moment he’s in let alone the one he just had.

These guys make their most of every day, don’t get me wrong, but let’s face it the women here are widows who’ve done their time taking care of husbands for lots of decades. Nowadays, as they’re fond of declaring, it’s their time to enjoy life, such as it is and possible. Plus the odds are clearly in my favor: at least four times more women than men live here.

Fortunately I still happen to be upright, reasonably alert, breathing on my own … and virile, enough. In an assisted living community where the average age is 82, where green bananas mock one’s life expectancy, I am apparently quite the catch.

Fact is, I’m the resident gigolo. This is my best move ever. It’s like grabbing pickles from a barrel. No disrespect intended, ladies.

Just between us: My date with Evelyn last week was very nice. Around 5:30 pm, after supper with everyone in the dining room, we rendezvoused at her place. Popcorn, a glass of red wine and some chick flick, “My Big Fat Fried Green Magnolias.” I think I might have dozed off.

Later, we started making out on the couch and then we moved to the bedroom. I watched and smiled while she methodically folded the quilt to the end of the bed; and then perhaps self-consciously tossed off the throw pillows, before mercifully turning out the lights and closing the blinds. She asked me to punch play on the cassette machine on the nightstand. Out comes Bolero, no joke. And we did it, I think.

The week before that, with Johanna, was nice too. She said I was a “very generous lover.” Her words … grist for the perpetually churning rumor mill, hopefully.

Lucy is in the on-deck circle. Yep, tomorrow I have a date with the prettiest woman in the whole place. She has that natural ageless beauty with a confident twinkle in her eyes and perpetual smile. I’d bet she was the hottest girl at her high school – prom queen, cheerleader, every boy’s adolescent fantasy.

The only thing that could make my new lifestyle any better: having my brother or best friend around to share this with. Funny how the more things change, the more they stay the same. Back in high school, “It’s not cool to tell” was the easily broken code for “No, I’m not getting any.” A sly smile meant “Yes.” As an adult, “It’s not polite to tell” is code for “Yes.” Fact is, no guy of any age wants to keep such good fortune on the down low.

What’s so ironic, as a teenager I fantasized about what my future has actually become. If only I knew then, what I know now. When you’re the last man standing, longevity rules!

Stuart Greenbaum is president of Greenbaum Public Relations, which during the past 25 years has represented multiple aging-services providers and organizations. He serves as a Governor’s appointee to the California Commission on Aging, is a recipient of LeadingAge’s national Public Trust Award, and is editor of the book Longevity Rules and author of the blog Humble Sky.

WITH MASS MURDER, OUTRAGE IS RELATIVE 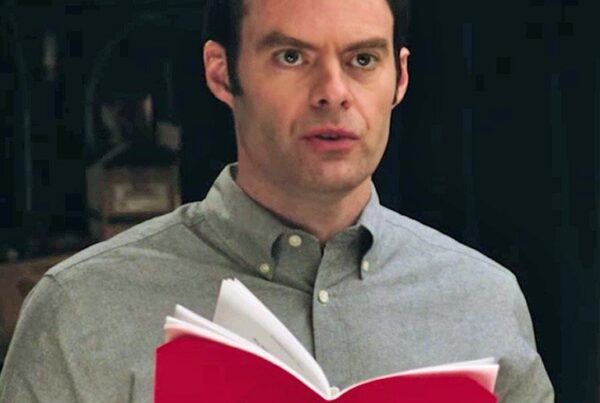 YOU CAN MAKE THIS (FARCICAL) STUFF UP