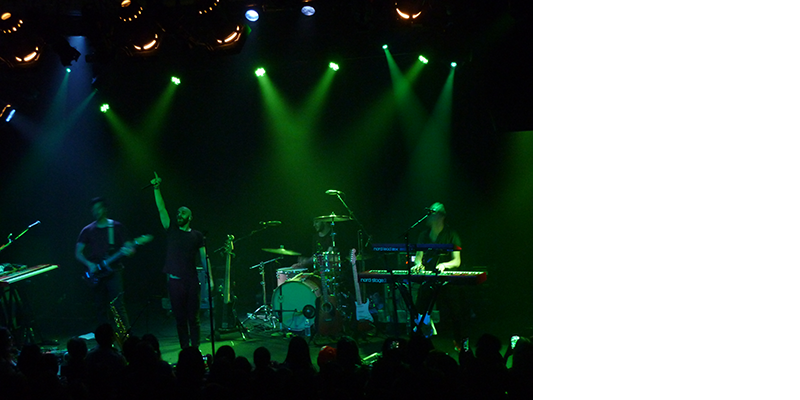 Alternative rockers X Ambassadors hit a grand slam, touching all the bases at their show August 5 at San Francisco’s The Independent. A sold out, standing room only crowd showed their approval by singing along to the band’s rousing versions of the popular “Renegades” (currently featured on a Jeep Cherokee TV commercial), “Giants,” “Unsteady, “Litost” and the encore, “Unconsolable.”

Back to covering the bases, which, in my judgment, are the cornerstones of a quality musical act. They are:

The older I get, the fewer artists and live shows command my interest. So when a group like X Ambassadors rounds the three bases, I keep my fingers crossed they’ll slam it home by producing a crowd-pleasing, memorable show worthy of their fan’s support, admiration and money. They did!

On stage the band members appeared to thoroughly enjoy what they were doing and one another. Sam Harris, the lead singer and alternately guitar and sax player, introduced his mates — a respectful but too often disregarded courtesy. Noah Feldshuh played guitar. Sam’s brother Casey Harris was on keyboards. And Adam Levin played on the drums, remarkably well.

Drummer Levin’s step-brother introduced himself to me during the show. He wanted to point out what “genuine, altruistic guys” the X Ambassadors are. This is evident by watching the provocative and inspirational video for their single “Renegades.” Also, something less conspicuous, I appreciated the way Sam carefully escorted his blind brother Casey on and off stage. Subtle and endearing, but this spoke volumes to me.

I’ve come to accept that it is nearly impossible to convince anyone my age (61) or over 40, for that matter, who’s not already into music, to take a listen to something new. That said, if you care to get your head in the game, check out X Ambassadors and Future Islands, covered in a previous (4-24-14) Humble Sky post. Both are worth the time.