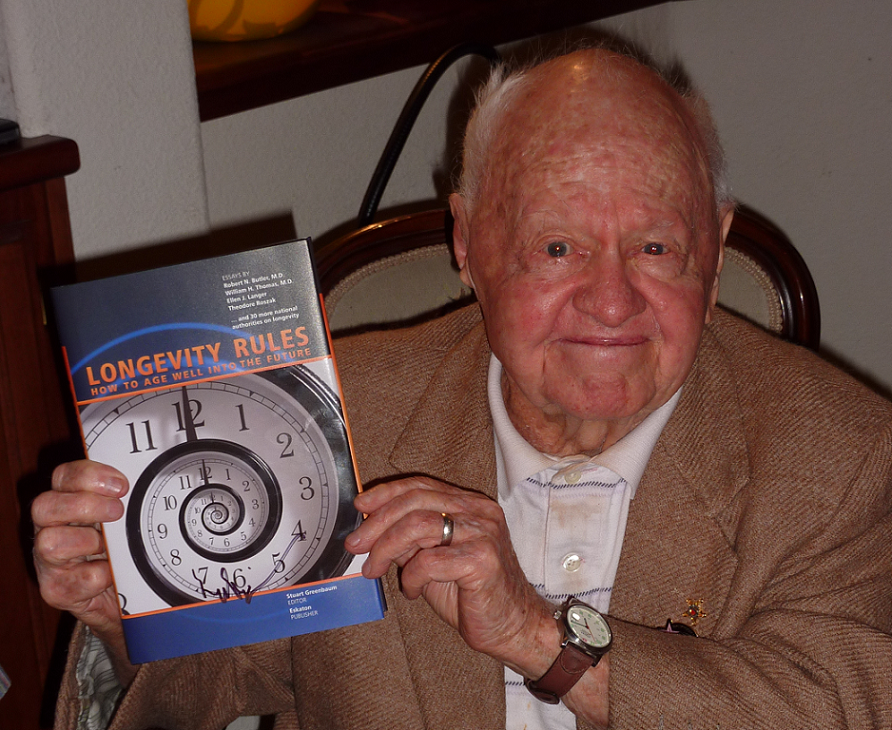 With the same passion he embraced hundreds of acting roles, Mickey Rooney declared himself the “Czar of Aging” as spokesperson for a 1998 public awareness campaign sponsored by the California Department of Aging (and directed by Greenbaum Public Relations).

Rooney, who died April 6 at the age 93, was considered very brave at the time to assume the high-profile role of speaking on behalf of the state’s aging population. Then 78, he asserted “Age is nothing but experience, and some of us have more experience than others.” His conspicuously positive attitude about aging presented a stark contrast to many of his peers who turned down opportunities to participate in the campaign for fear of being labeled old within the then-ageist Hollywood scene.

On behalf of the state campaign, the ebullient Rooney spoke before top government officials, media and public gatherings. The actor, painter and pilot shared his insights and passion for aging with quips like, “I may act for a living, but that doesn’t mean I have to act my age” and “It gets better with age.”

Never one to shy away from a microphone, Rooney captivated audiences with celebrity packed tales from his seven decades as a true Hollywood insider. So engaging, in fact, Rooney entrusted his stepson and manager Christopher Aber with the challenging task of keeping him on schedule from one event to another. “I’m having the time of my life,” he would say, encouraging everyone to appreciate the wisdom, confidence and perspective that come with age.

As seen in the photo here taken in November 2010, Rooney endorsed the book Longevity Rules and its content on “How to Age Well Into the Future.”