By HumbleSkyMarch 25, 2015Longevity
No Comments 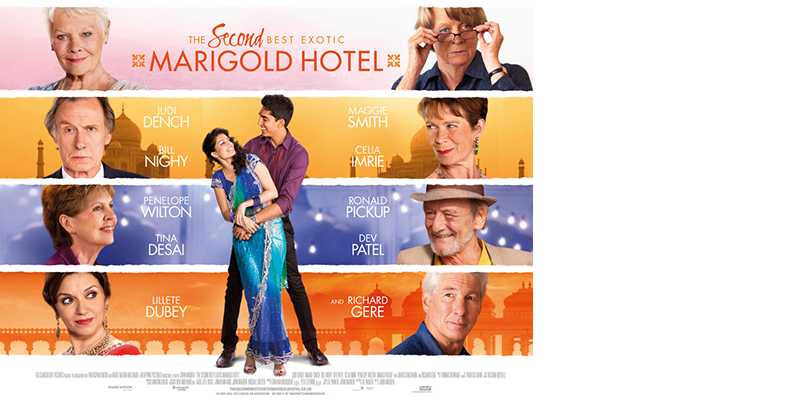 Before I get started, as a guest columnist here, I need to straighten one thing out.

While this blog is called “Humble Sky” there’s nothing remotely humble about Stuart Greenbaum. Underneath that calm, modest and respectful exterior is a rebellious madman desperate to change the culture of aging. Don’t let his soft-spoken demeanor fool you. He’s a lunatic… on the inside. So remember that the next time you’re talking to him, as he smiles that sweet, innocent smile of his.

OK, now down to business.

Being a journalist opens surprising doors.

After I wrote an article for the California Health Report entitled “Live Más – Entertainment’s Progressive Portrayal of Older Adults,” I became email friends with Ol Parker, the screenwriter of the terrific film “The Best Exotic Marigold Hotel.” The movie, which chronicles the exploits of seven aging Brits in India, was a small film, a lark that wasn’t expected to do much business.

“I can’t tell you how many times we were told that this film simply couldn’t make money, even in its best incarnation,” said Parker in 2013.

Yet the film became an international sensation, serving as the adventure guide for a generation of older adults pursuing passion and purpose in their later years.

Earlier this month, the film’s sequel was released: “The Second Best Exotic Marigold Hotel.” While continuing the exploits of its famous stars – including Maggie Smith, Judi Dench and Bill Nighy – the film adds to its stellar cast an American actor who achieved stardom on the shoulders of his famously youthful good looks: Richard Gere.

It was mind-bending to see Gere, at 65, talk about growing old, which offered the audience an opportunity to accept its own aging process: “If Richard Gere can grow old gracefully, so can I.”

Coincidentally, the week before the sequel was released I interviewed Nora Super, head of this July’s White House Conference on Aging – the last of which was held a decade ago. Super cited the need to change the national dialogue about aging, referencing “Marigold Hotel” as an inspirational guidepost.

So, after seeing the sequel, while passing along my kudos to screenwriter Parker, I also mentioned that “Marigold” had infiltrated the White House, and was part of America’s national dialogue.

Parker’s response: “The White House thing is just great. I read this email to John [Madden] and Graham [Broadbent] (director and producer) on the plane to India — from where I’m writing this — and we couldn’t have been prouder.”

I sent Parker’s response to Super at the White House and the circle was complete.

It was, frankly, a beautiful moment to connect the makers of these two remarkable films with the director of this year’s critically important White House Conference on Aging.