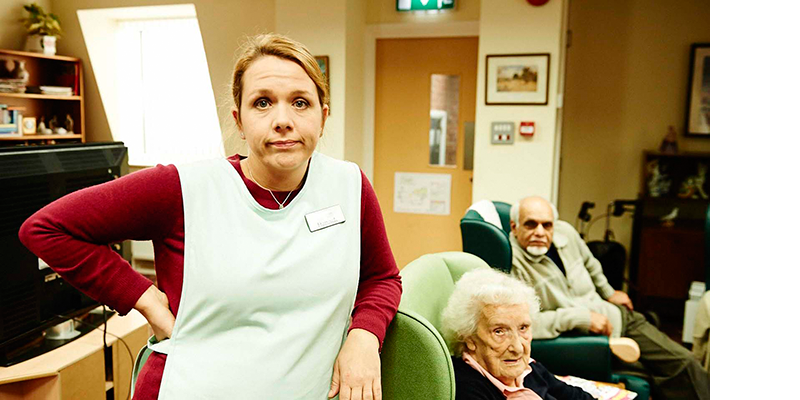 Season 2 of “Derek,” the extraordinary Netflix series created by and starring Ricky Gervais, reminds us again that comedy and compassion are not mutually exclusive.

An especially poignant scene in the finale featuring Broad Hill Care Home manager Hannah, played by Kerry Godliman, confirms Gervais’s praise (in an Absolute Radio interview) for his co-star: “She’s honestly the best actor I’ve ever worked with. … She’s the heart of the show.”

“I make sure that they can go at peace; with everything in order.

“I’ve been with a lot of people as they die.

Nodding her head, “It’s been a privilege. I’m not scared of it.”

The six episode series – less than three hours total viewing time — is worth every minute in laughs and tears. “Derek” is pure entertainment with a healthy dose of reality.

And it shares perhaps the most honest take on death next to Woody Allen’s “It’s not that I’m afraid to die. I just don’t want to be there when it happens.”