REAL CONNECTIONS ARE WORTH THE WAIT 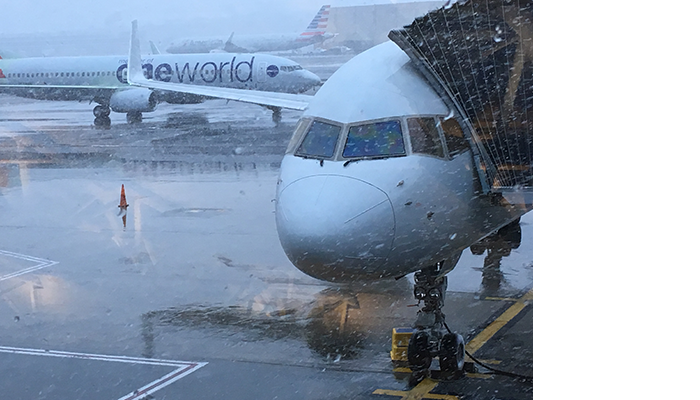 The caravan of a dozen or more black SUVs speeding across the distant tarmac at JFK with flashing red lights shining through the snowy night piqued the curiosity of otherwise bored and weary travelers waiting in the airport terminal. Could they be welcoming a dignitary, perhaps foreign royalty or the First Lady?

One woman, however, was more upset than impressed by the spectacle. She apologized for her audible gasp. And then proceeded to explain that she and her family are from Parkland, Florida, and that the sea of red lights reminded her of the recent trauma.

She and her husband and young child came to New York to watch as her two older children performed with the Stoneman Douglas High School band at the prestigious Carnegie Hall. She told my wife Sharon and I that one of the kids plays sax and the other trumpet. And how the concert was dedicated to one of their fellow bandmates who was among the 17 victims of the shooter. She also shared how both of her kids were forced to “hide inside lockers, not the locker room, but actual lockers” when the shooter invaded the building that fateful day.

It was an emotional and intimate conversation and we asked several times if our questions were to personal. She explained it was cathartic to talk about what happened. She joked about being a “proud mother” as she showed us a photograph from the evening before of her boys with musical instruments by their sides. The boys were flying home later with their bandmates. The mom admitted such separation made her nervous these days.

The family were relatively new to tiny Parkland, having moved a few years ago from Boston seeking a quieter and safer lifestyle. The irony dripped heavier than the snow outside.

One of her children’s classmates was the friend with whom the shooter was living. Her son said that kid was “acting weird” that day. “There is so much more to the story,” she said. Still, neither child has shared much — emotions or details — about the day, she said, adding resolutely, “They’re boys.”

Eventually, our respective flights to Miami and Sacramento we’re ready to board and we said goodbye. She thanked us for listening. We responded, “Be safe” — a reflexive refrain nowadays.