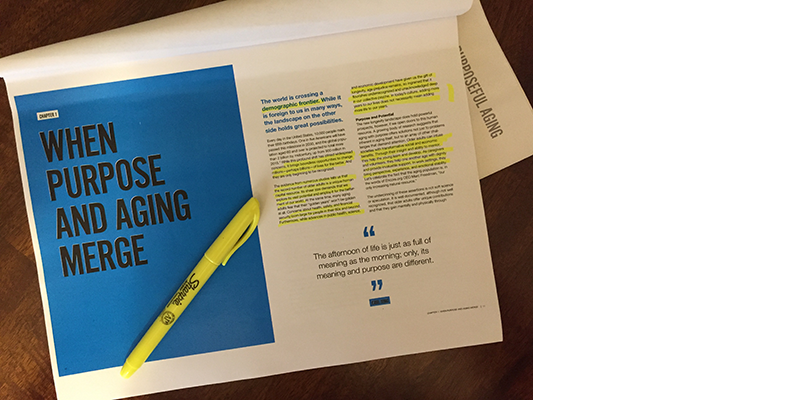 For those too busy or to too impatient to read another report on why aging is good for us, here is a cheat sheet of highlights from one of the better declarations, The Power of Purposeful Aging, produced by the Milken Institute Center for the Future of Aging.

The Center convened 30 thought leaders from public policy, business, academia, philanthropy and media at the Purposeful Aging Summit in Los Angeles in 2016. From the resulting 64-page report, these are some noteworthy sound bites: