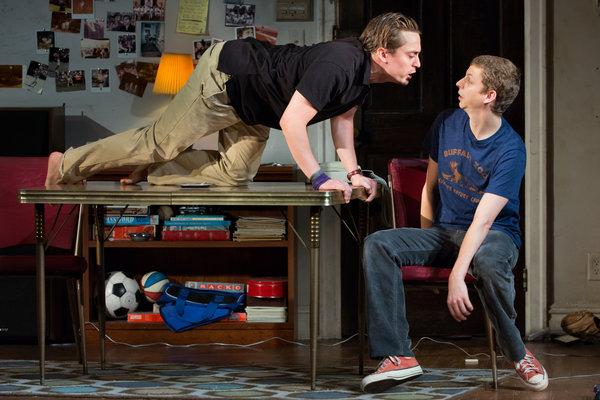 “All you do is imitate me,” the confident Dennis character says to the insecure Warren in the Kenneth Lonergan play “This Is Our Youth.” With this single sentence, we not only know Dennis, we most likely can associate his conceited character with someone in our past. It is dramatic writing at its best, the most underrated art form in entertainment.

Done right, every line of dramatic writing for films, TV shows and plays should service one or both of two goals: inform the characters and/or advance the story. What doesn’t, is superfluous … fluff.

Lonergan’s commitment to his craft places him among the most respected and accomplished writers for screen and stage. His Pulitzer Prize-nominated play “The Waverly Gallery” is currently running on Broadway and he earned Academy Awards in 2017 for Best Original Screenplay and Directing for “Manchester By the Sea.”

THE HEIGHT OF CONCEIT

Lonergan’s “This is Our Youth,” which premiered in 1996 and hit Broadway in 2014, follows 48 hours in the lives of two young men living in New York City. Dennis is conceited, egotistical and domineering. His buddy Warren is dejected, depressed and lacks confidence.

At one point, Warren tries to stand up to Dennis, but is shot down by this classic, character-defining comeback:

“… Plus I’m like providing you with precious memories of your youth, for when you’re fuckin’ old. I’m like the basis of half your personality. All you do is imitate me. I turned you onto The Honeymooners, Frank Zappa, Ernst Lubitch, boxer shorts, — Sushi. I’m like a one-man youth culture for you pathetic assholes.”

THE DEPTH OF HUMILITY

Dialog by author Fredrik Backman in his international bestselling 2014 novel A Man Called Ove offers another extraordinary example of a character-defining moment. In confessing the slightly untruthful lengths the Ove character used to secure a first date dinner with his future wife, Backman’s sensitive prose skillfully informs readers of the young man’s introverted nature and his future wife’s affection.

“’I’m sorry,’ he mumbled, shamefaced, and kicked his chair leg a little, before adding in such a low voice that it could hardly even be heard: ‘I just wanted to know what it felt like to be someone you look at.’ As he was getting up she reached across the table and put her hand on his.”

“’I’ve never heard you say so many words before.’ She smiled.”

The point: How well you say something is as important as what you say. Great examples from two gifted contemporary writers. And worthy advice for storytellers in all walks of life — communicate to inform and advance your narrative. Otherwise, you’re just wasting your words and others’ time.

EMPATHY IS THE COURSE OF ACTION