HOLLYWOOD WORDSMITHS HELP US WISE UP 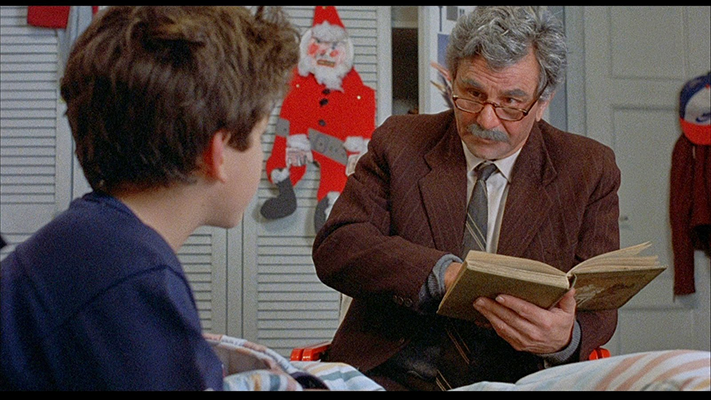 Hollywood is full of masterful manipulators, the behind-the-scenes operatives who are determined to control our hearts and minds and actions. Their battlefields are TV, film and streaming platforms, where they challenge viewers to believe the worlds they create, using nothing more than words.

When these wordsmithing warriors are victorious, when they oblige viewers to suspend one reality and accept another, they reap the rewards of more screen time, critical acclaim, profits and, for the best among them, their words and worlds transcend mere entertainment and enter the zeitgeist.

Screenwriters may conduct their work in relative anonymity, but there is no doubt they are the entertainment industry’s front and first line of attack.

Alfred Hitchcock famously observed, “To make a great film, you need three things — the script, the script and the script.”

On occasion, screenwriters will train their persuasive skills on older adult characters and aging-related scenes, themes and stories. For boldly engaging the audience too many of their peers dismiss, the artisans deserve recognition, encouragement and special consideration:

Reginald Paget (Tom Courtenay): [to a class of teenagers] Opera is: when a guy’s stabbed in the back, instead of bleeding, he sings. It seems to me, after much research, that rap is when a guy is stabbed in the back, and instead of bleeding, he talks. Err, rhythmically, even with feeling. But because rap’s “spoken,” the feeling is sort of held in check: all on one note.

The Grandson (Fred Savage): A book?

Grandpa (Peter Falk): That’s right. When I was your age, television was called books. And this is a special book. It was the book my father used to read to me when I was sick, and I used to read it to your father. And today I’m gonna read it to you.

The Grandson: Has it got any sports in it?

Grandpa: Oh, well, thank you very much, very nice of you. Your vote of confidence is overwhelming.

Hannah (Kerry Godliman): I see people out of life. You know, somebody sees you in — like a midwife. And I see people out. I make sure that they can go in peace, with everything in order … It’s been a privilege.

Evelyn (Judi Dench): The only real failure is the failure to try. And the measure of success is how we cope with disappointment. As we always must. We came here, and we tried. All of us, in our different ways. Can we be blamed for feeling we’re too old to change? Too scared of disappointment to start it all again? We get up every morning, we do our best. Nothing else matters.

Evelyn: But it’s also true that the person who risks nothing, does nothing; has nothing. All we know about the future is that it will be different. But, perhaps what we fear is that it will be the same. So, we must celebrate the changes. Because, as someone once said, “Everything will be all right in the end.” And if it’s not all right, then trust me, it’s not yet the end.

Evelyn: There is no past that we can bring back by longing for it. Only a present that builds and creates itself as the past withdraws.

The purpose of screenwriters is not to create positive worlds. Only worlds that are real enough and authentic enough to engage viewers. The best screenwriters show us creative and complex characters and compelling stories that are relatable, memorable and in the best scenarios, thought-provoking. In which cases, there becomes a positive synergy between viewers, society and the entertainment industry.

“There is no reason why challenging themes and engaging stories have to be mutually exclusive — in fact, each can fuel the other,” the veteran producer and writer Edward Zwick explained. “… I want to entertain people first and foremost. If out of that comes a greater awareness and understanding of a time or a circumstance, then the hope is that change can happen.”

Check out the “Wise Up On Aging” campaign to learn how other screenwriters and content developers are contributing to the movement to more authentically represent older adults and aging issues on TV and film.