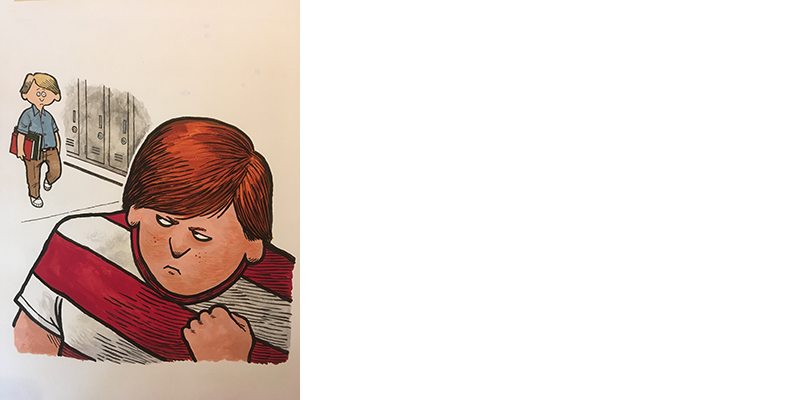 Nathan Faris, an overweight, brainy 12-year-old, hated going to school. He was picked on relentlessly, tormented, to the point he vowed revenge. One day he’d had enough and came to school with a loaded pistol, his “equalizer.” He fired off two-dozen rounds, killing one student and using the final bullet to fatally shoot himself in the head. A classmate said afterward, “We were calling him names. We should have stopped.”

Compelled by this crisis in March 1987 — and validated by research at the time which found that 20 percent of schoolchildren were directly affected by bullying and 80 percent witnessed incidents — the National School Safety Center initiated the Schoolyard Bullying Prevention Initiative to respond to the escalation and severity of violence on K-12 school campuses. (Note that this was pre-Columbine and recent bullying-related mass shootings on campuses; and before social media and the proliferation of online harassment.)

NSSC, a partnership of the U.S. Departments of Justice and Education, convened a high-profile planning roundtable. The Schoolyard Bully Practicum was held in May 1987 at Harvard University. Participants included international experts on adolescent aggression, including Scandinavian research psychologist and anti-bullying pioneer Dan Olweus, who literally wrote the book and program on bullying prevention still used today. With the counsel and support of Olweus and a dozen other renowned researchers, educators, law enforcers and authors, NSSC launched a national, multi-media anti-bullying campaign.

The tragic case of Nathan Faris presaged the harshest of lessons about the seriousness of bullying. While NSSC’s early efforts resulted in school safety legislation and official campus policies and helped to change misconceptions about bullying, the problem remains three decades on. What is especially distressing, though, is that it has scaled up in intensity — and age.

Research on adolescent aggression shows that when schoolyard bullies’ behavior goes unchecked, they are almost certain to continue their aggressive behavior. And not just throughout their schooldays, but through adolescence and into adulthood.

Recent research indicates 10-20 percent of residents of older adult communities have been involved in bullying behavior — as victims or as offenders. This percentage correlates with bullying statistics in schools. Also, as with schoolkids, a vast majority of residents are witness to this kind of behavior.

While “old school” bullying includes cases of physical assaults, more commonplace are reports of harassment, exclusion and verbal intimidation. It is not unusual in older adult communities for “oddball” residents to be shunned, forced to eat alone or excluded from common areas and public spaces. Or, for instance, for mobility-challenged individuals to be brushed aside in lines or hallways by impatient, more able-bodied residents. Or, for residents to suffer the indignities of gossip, rumors and jealousies that often stoop to grade school levels.

Evidently not everyone outgrows childish — “kids being kids” — bad behavior. When ignored and thus enabled, bullies become emboldened “social Darwinists,” embracing the notion of survival of the fittest.

The emotional toll bullying takes on older adults is as bad and possibly worse than its impact on child victims. The seminal Yale research on perceptions about aging showed that older adults with a positive outlook on life live an average of 7.5 years longer than those with unfavorable attitudes. Bullying behavior is jeopardizing the survival of the unfittest — i.e. the life expectancy of the most vulnerable.

Similar to schoolchildren, older victims of bullying may withdraw from activities and social situations, experience anxiety or depression, or want to move. Unlike picked-on students who get to leave their tormentors behind when the school bell rings, victims in older adult communities have to live with their bullies, noted Robin Bonifas, an associate professor at Arizona State University who researches bullying among older adults.

Researchers surmise bullying among older adults could be the consequence of the frustrations and feeling of powerlessness of growing old, disinhibition caused by cognitive impairment, or segregation and isolation. It could be, too, that the older bullies were once young victims and now are seeking misguided, latent revenge. Regardless of the cause, this inter-ageist aggression is wreaking havoc on an inherently weakened population.

Though the challenge of bullying appears ageless, so too does at least one opportunity to help prevent the phenomenon’s progression. School administrators and older adult community leaders can partner to establish intergenerational buddy systems. For both ends of the age spectrum, and for both victims and aggressors, these relationships can produce immediate results by improving communication and social skills; and long-term results by teaching empathy, tolerance … and the Golden Rule: “Do unto others as you would have them do unto you.”

Stuart Greenbaum is a two-term Governor’s appointee to the California Commission on Aging. As a public relations counselor, he has represented dozens of national, state and regional aging services organizations. He previously directed the National Schoolyard Bullying Prevention Campaign, which included producing the above-referenced Practicum as well as a book and Emmy-winning documentary film “Set Straight on Bullies.” He currently serves as lead writer for the blog Humble Sky.

* Artwork by Steve Kelley, commissioned for the cover of School Safety, newsjournal of the National School Safety Center, Fall 1987 edition