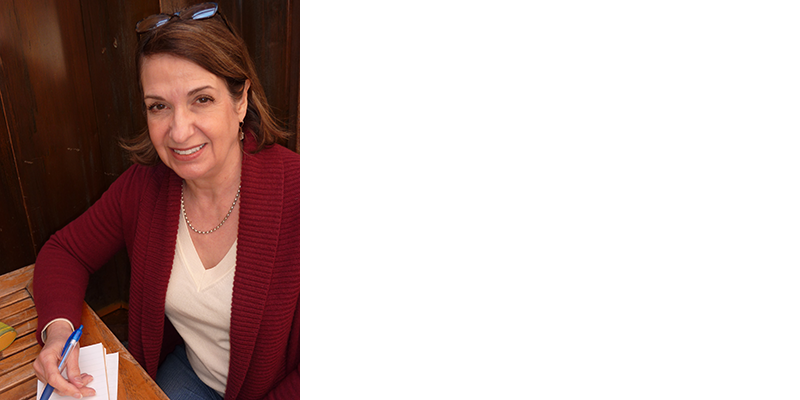 About once a week for the past six years, The Sacramento Bee published a feature story on aging, usually on the front page and center, accompanied by a color photograph. Senior writer Anita Creamer would take in-depth looks into the myriad personal aspects of growing old; and with her eloquent prose reward readers with a balance of heart-warming and heart-wrenching stories.
Perhaps it was The Bee editors’ nod to its subscribers, which like most newspapers, skews toward an older demographic. Maybe it was acknowledging the universal relevance of such issues – an understanding that everyone is aging, some of us simply have more experience.
Most appealing, though, the pieces were provocative and often inspiring. They didn’t involve nursing home abuse or elder fraud, the sensational pieces with which aging is typically associated.
In her own words, Creamer’s profile read: “I cover aging issues, as well as baby boomers and older adults in general, a beat that comprises half the American population and, luckily for me, a good proportion of the people who still read newspapers.”
Creamer’s last day after 25 years with the Northern California newspaper was January 23. When she departed, as the last full-time reporter to cover aging at a major newspaper in California, The Bee’s “age beat” ended, as well. (Another sad day in the devolution of this curiously underrepresented news coverage.)
With many thousands of stories to her credit over 37 years of experience in journalism; and with her expertise, reputation and enviable Rolodex of contacts, the lead for the next chapter of her life will undoubtedly be newsworthy.

Humble Sky blog staff interviewed Anita Creamer this February. Her candid responses to questions about her illustrious career – past and encore — include an instructive insider’s perspective on the news media’s take on aging.

HUMBLE SKY: Did you choose the “age beat”? Or was it assigned to you or just gradually acquired?

ANITA CREAMER: When I first moved from the features section to Metro, in the spring of 2009, my assignment was to write about issues related to the economic downturn. But as the recession slowly creaked to a close, my editor came to me and suggested that I focus on a new area of coverage: aging. I asked if that meant I could write about baby boomers, too — using the AARP definition of the so-called senior cohort as anyone 50 or over — and my editor agreed. So that was that.

HS: Did you have preconceptions initially about covering aging? How has your perspective changed over the years?

AC: Like most people, I didn’t know much about aging before I started covering this beat. I just didn’t think about it, because I’m a baby boomer, and baby boomers think they’ll always be young.
One of the most important things I learned is simple: Aging isn’t infirmity. Even though many older adults have maladies, aging doesn’t have to mean illness and disability. What aging can mean is resilience and good attitude. Frankly, people who felt sorry for themselves at 16 are probably still feeling sorry for themselves at 75 — that’s not aging in play; it’s their attitude.

HS: Of all the subjects you’ve covered — ranging from Alzheimer’s to grandparents raising grandkids to boomer retirement — what were some of your favorite or most rewarding stories?

AC: I’m very proud of the Alzheimer’s series we ran in 2014, which included four stories ranging from a couple dealing with early-age diagnosis, the UC Davis Alzheimer’s Center’s research efforts, a family struggling with how to place an aging parent in care and a wife coping at home with her husband’s late-stage dementia.
The stories I’ve written about veterans — from WWII, the Korean conflict and Vietnam — always resonate with me, as well.

HS: Who are some of the most impressive or inspirational individuals you’ve covered?

AC: Juanita Turner. She’s the wife of the late-stage dementia patient I mentioned above, and she’s extraordinary. She is thoughtful and spiritual, and she trusted me enough to give me total access to their lives. There was no question she didn’t answer. She wanted people to know what Alzheimer’s does to families, so that researchers will find a cure. And she trusted me to tell that story.
Generally, I have been blessed by the goodwill of the people I’ve interviewed, who let me into their lives and answer my questions and trust me to portray them fairly and accurately. But Juanita was extraordinary.

HS: What important stories about aging are yet to be covered?

AC: For one — mental health and old age. Not dementia, per se, but what happens to the mentally ill as they grow older? Who cares for them? How do families and laws protect them? Why is there no geri-psych unit in the Sacramento area?
We haven’t seen much locally on the aging prison population, but that’s a huge and growing issue, too.
Long-term care insurance and what happens to families without it. Again, it’s been covered, but not enough.
That’s just a few ideas. A lot of aging issues are just background noise in people’s lives until their loved one becomes old and needs help.

HS: Are there specific terms or words you prefer or avoid in writing about aging (such as older adults vs. seniors)?

AC: I hate the word “seniors”! Am I a junior because I’m not yet 60? Good heavens, we need to retire “senior.” Older adult is safe. I’ll say “the elderly” when I’m talking about someone who’s really old and fragile, but I don’t think everyone cares for that term.

HS: As an insider, what advice do you have for aging-services representatives in pitching stories? (And what should they avoid?)

AC: Do not tell me you have someone who’s turning 100 and deserves a story. Because you know what? The oldest old — people 85 and older — are Sacramento County’s fastest growing demographic. At The Bee, I got at least three calls a week from family members who wanted me to write about their grandmother or aunt who was turning 100. That’s a birthday that’s very special for the individual and the family, but it has become a routine development in the world.
What I always look for is the specifics: How does what you’re pitching play out in real people’s lives? Which means I’m not really interested in writing about the latest aging-related product, and I’m not likely to want to promote your new aging-related service. What I’m looking for are stories that may turn on demographic information or a social trend or health care development — but provide some sort of insight into the human condition at the same time.

HS: What are plans moving forward? Will you continue writing about aging?

AC: I love writing about aging and hope to continue doing that. Beyond that, I’m looking at other options, whether that involves full-time employment or consulting.