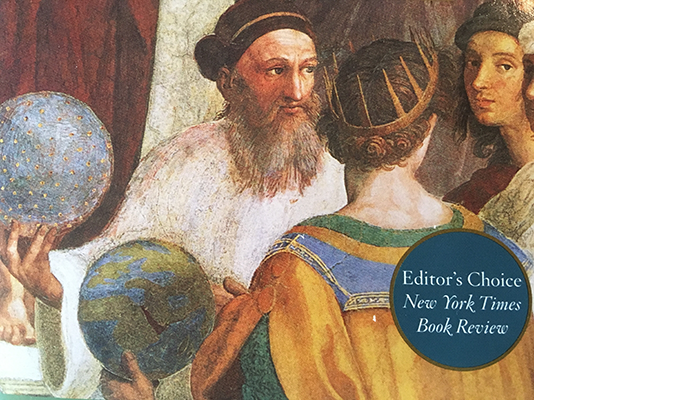 “And yet the more we know about the universe, the more we come to see how little we know,” writes Timothy Ferris in his book Coming of Age in the Milky Way. It is a humbling perspective, one that Ferris reinforces with his observation that “… we are never going to learn more than a tiny fraction of the story of our galaxy alone — and there are a hundred billion more galaxies.”

Ferris is far from alone in his assessment of humankind’s limited comprehension skills. He quotes the physician Lewis Thomas, who declared, “The greatest of all the accomplishments of twentieth-century science has been the discovery of human ignorance.”

Though our ignorance has been with us forever, Ferris notes that our awareness of it and its “fathomless dimensions … marks the coming of age of our species.”

The connection, if any, between what goes on inside and outside of the human skull may be the greatest mystery of all. Ferris shares Einstein’s thinking on this paradox: “The most incomprehensible thing about the universe is that it is comprehensible.”

In its defense, science works … to a degree. But the boundless universe is no match for the inherent limitations of the human mind.

At the end of Coming of Age in the Milky Way, Ferris charts “A Brief History of the Universe.” The “Time” column starts at “0” with the “Origin of time, space, and energy — of the universe as we know it.” The timeline goes on to chronicle when life migrates to land, the first mammals, the appearance of early cats and dogs, the invention of language, the invention of fishhooks, first taxes, Darwin publishes Origin of the Species (1859), George Lemaitre documents his expanding-universe cosmology, and so on.

Ferris’s unique insights offer up a humbling look at what we know (finite) and don’t know (infinite) about our universe. Just how clueless are we? We simply don’t know.