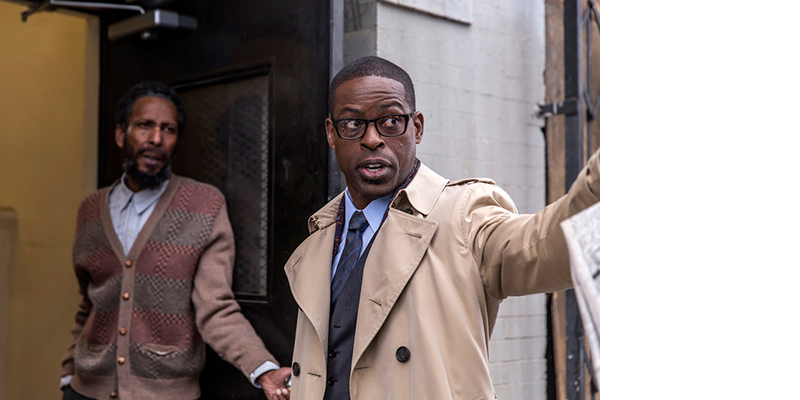 Older adults are dramatically under-represented across the most popular television series — making up less than 10 percent of all speaking characters. According to a 2017 study titled “Seniors on the Small Screen: Aging in Popular Television Content,” conducted by Humana and USC’s Annenberg School for Communication and Journalism Media, Diversity, & Social Change Initiative, out of 1,609 speaking characters evaluated only 151 were age 60 and above.

To assess the prevalence and portrayal of older adults in popular television programming, the study’s two samples included the top 50 TV series among viewers age 18-49 (i.e. “The Walking Dead,” “Games of Thrones” and “The Big Bang Theory”) and the top 50 series among viewers age 65 and older (i.e. “NCIS,” “Bull” and “Blue Bloods”). Of the series in the study, 28 titles were common to both samples.

The study also checked for ages behind the camera. Notably, of 121 writers just 5 percent were 60 years of age or older. Of 100 showrunners, the industry term for the influential leading executive producer, 11 percent were 60-plus.

Compare these numbers to the American population, in which individuals 60 and older represent about 20 percent.

According to the study, “Nielsen estimates that in the first quarter of 2017, Americans age 65 and older spent over 50 hours per week watching TV.” Which explains why the study’s authors, led by USC associate professor Stacy Smith, founder and director of the Initiative, note, “it is important to consider the messages TV transmits regarding its audience.”

Some results were positive. A healthy percentage (nearly three-quarters) of the older adults portrayed in popular series are shown to be active, engaged and working. And nearly half of the older adult characters were shown using technology.

“For younger viewers — especially those who expect to work longer before retirement — television may demonstrate the value of the senior workforce,” the study relates. “For older viewers, these portrayals may reinforce that seniors can still make important contributions to society no matter their age.”

Consistent with previous findings across cinematic storytelling, stereotypic and often ageist language permeates the small screen. One or more ageist comments appeared in 41 percent of the series analyzed, which “reflects a reliance on outdated tropes by writers and storytellers,” the study’s authors noted. More disturbing was the authors’ expressed concern that the stereotypic commentaries and misrepresentations about older adults tend to reinforce young viewers’ negative conceptions about aging.

“Seniors have a wealth of stories to share and perspectives to present,” concluded the authors, who advised, “Incorporating characters and storytellers in their later years will give viewers of all ages the opportunity to watch more vibrant, diverse and compelling stories on screens both large and small.”

Note: Today’s Humble Sky post supports the California Commission on Aging’s initiative to encourage the authentic representation of older adults in film and TV. The Commission’s March 2018 public meeting in Los Angeles will feature a roundtable presentation on the subject titled “Hollywood Takes: On Aging.”