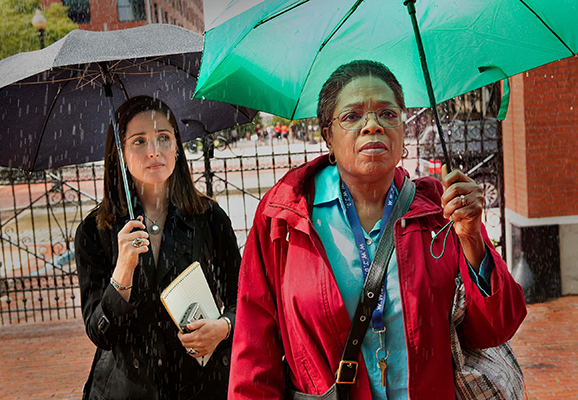 With wealth and fame come awareness: of new and more of everything — possessions, pleasures, pretentions. On rare occasions, though, there’s another, more profound sense of awareness: of self. The kind of awareness that can be humbling when internalized and virtuous when shared.

For one popular celebrity, who also happens to be among the planet’s wealthiest and most famous people, the portrayal of humility becomes the defining, albeit modest, role of a lifetime.

In her new HBO film “The Immortal Life of Henrietta Lacks,” which premiered April 22, Oprah Winfrey plays the daughter of Henrietta Lacks, whose rare cells scientists took to conduct medical research, develop cures for multiple diseases, and advance groundbreaking discoveries. The film shines light on the true story of Lacks, her untimely death in 1951, and the historic use of her “immortal” HeLa cells.

“I was really scared of it,” Winfrey admitted when asked about taking on the complex role in a Parade (4-16-17) interview. “I’m about as far removed from the character as one could be. So, to live in an anxiety-ridden space and to always operate from a fearful space, I had to do a lot of work to be able to get there.”

Winfrey’s humility is refreshing, to say the least. She appreciates from where she came and that as incredibly fortunate as she is, others are not. It’s a perspective more of her peers would do well to embrace: to view the world through a wide-angle lens rather than as a constant closeup.

Winfrey’s “Advice for a Contented Life,” a sidebar to the Parade interview, identifies another humbling contributor to her self-awareness: maturity. “Watch your language,” she advises. “I don’t like the word ‘old,’ because the language you give yourself often starts to define the way you see or think of yourself. I use the word ‘maturing.’ I use the words ‘growing with age,’ ‘evolve’ and ‘evolving.’”

Good for Oprah. Let the evolution begin. Even if it’s one word and one role model at a time.