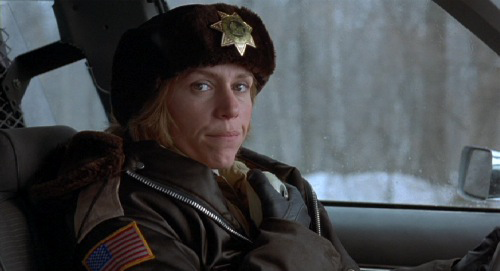 In the intrinsically superficial world of Hollywood where people make a living pretending to be who they’re not, it’s not surprising that many actors attack aging as a challenge to play “against type” – both on-screen and off.

Frances McDormand, for one, rails against this conspiracy to deny aging the dignity it deserves.

The Academy Award winning actress for her role as police chief Marge Gunderson in “Fargo” and now star of the new HBO series “Olive Kitteridge” is quite comfortable in her own skin. At 57 she does not feel compelled as other actresses in her age range to cast herself in the most flattering roles possible.

“It is a subversive act,” McDormand explained in a recent New York Times interview, in which she bemoaned the perverse fixation on youth by the industry and society. “Something happened culturally: No one is supposed to age past 45 – sartorially, cosmetically, attitudinally.”

The NYT article includes this blunt assessment of her perspective on aging: “Looking old, she said, should be a boast about experiences accrued and insights acquired, a triumphant signal ‘that you are someone who, beneath that white hair, has a card catalog of valuable information.’”

It is always encouraging when someone with the reach and influence of Frances McDormand independently validates a need to adjust attitudes and actions. Fair to say she demonstrates how “longevity” can define both a long and successful career in Hollywood as well as a dignified aging experience in the real world.