FILM ‘YOUTH’ DOES NOT AGE WELL 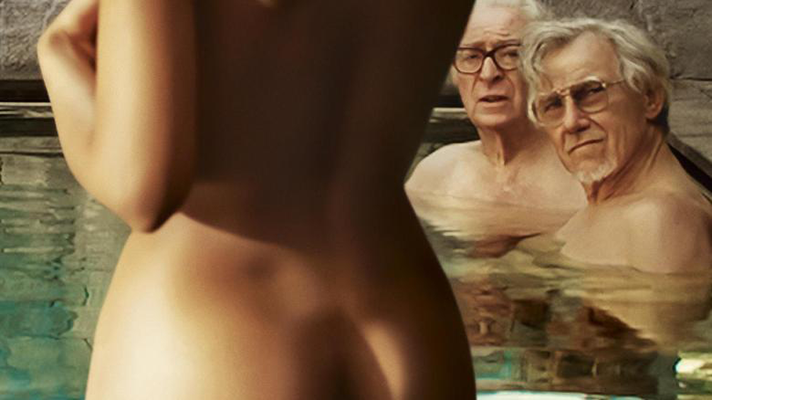 The film “Youth,” currently in theatrical release, is a hiccup in the otherwise promising trend in filmmaking of authentic depiction of older adults and the aging process.

To make this miscue more disappointing, the film’s previews showed such potential: two great veteran actors in Michael Caine, 82, and Harvey Keitel, 76; set at a beautiful hotel/spa in the Swiss countryside; substantial subject matter; even a gratuitous nude scene with Miss Universe.

But “Youth” director Paolo Sorrentino, 45, blows the opportunity to join this authenticity movement by stereotyping the lead characters — one as a curmudgeonly, self-absorbed, terminally morose old fart; and the other, more favorably for the most part, brimming with purpose and optimism, until he too turns into a cliché. There’s also a cameo by marvel of plastic surgery Jane Fonda, 78, whose performance is noteworthy only in that it is even worse than her work on the TV show “Grace and Frankie.”

Hopefully this film is a one-off and doesn’t set back the progress Hollywood has made with its accurate representation of longevity, including “The Best Exotic Marigold Hotel,” “Philomena,” “Quartet,” “The Hundred-Foot Journey” and “Derek” on Netflix, among others. Considering the demographics — with 20 percent of the population 65 and older, with comparatively more disposable income and more time to be entertained — catering to this mature audience makes sense.