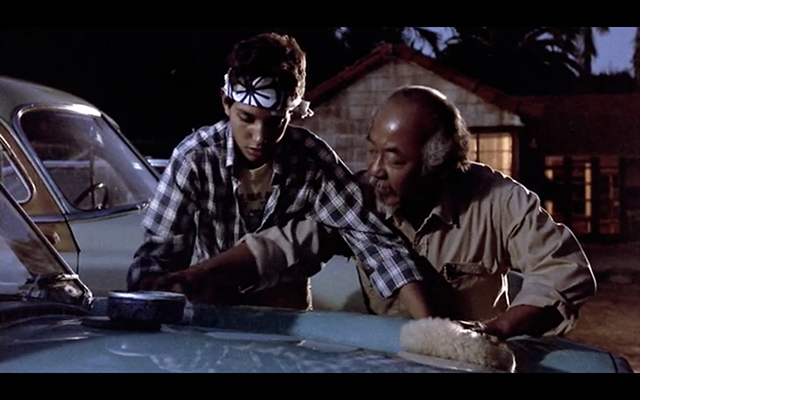 Armed with a bucket, sponge, soap, hose and time. I washed my car today. Using as little water as possible. And watching out the entire time for the patrolling water police. Not that washing your car is a criminal act, as far as I know, but it felt like it. Then I waxed it.

Hardly rocket science, but the process became a sort of mental exercise. It got me thinking about the philosophy of car washing and waxing and the people who do and don’t do it. I came to these conclusions.

(Yeah I know I’m forgetting the forth class: You simply don’t give a crap about washing your car.)

In deference to Mr. Miyagi’s character-building wax-on wax-off wisdom for the Karate Kid, three distinct qualities are reflected in a freshly applied coat of wax: