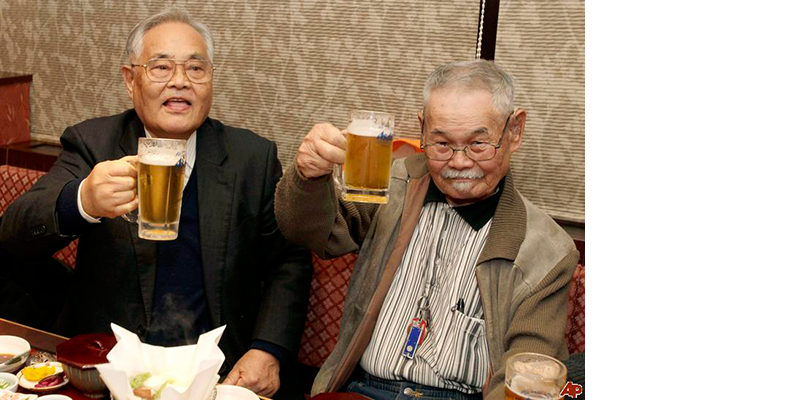 It was a “Thrill of a Lifetime” for former P.O.W. Mino Ohye to reunite with his brother in Japan from whom he was separated by WWII for nearly six decades. The 2012 reunion of the brothers happened on Ohye’s 86th birthday and thanks to international news coverage millions of people around the world enjoyed the celebration.

The inspiration for the incredible odyssey, which began five years ago, came from Debbie Reynolds, administrator of Eskaton Wilson Manor, an affordable housing complex where Oyhe lives. Reynolds had already treated other Manor residents to thrills such as trips to the ocean, motorcycle rides and whitewater rafting. For this coup de grace, she and Suzanne Olson, Eskaton’s Thrill of a Lifetime program director, conducted fundraisers, recruited a bi-lingual escort, meticulously arranged all travel and even enlisted the support of then-Assemblymember Mariko Yamada.

“Has it really been five years?” Yamada said when asked to reflect on the grand wish she helped fulfill. “Whenever I think of Minoru Ohye, his inspiring life story and his ‘Thrill of a Lifetime,’ I feel so honored to have helped build a bridge across time for the Ohye Family.”

Hundreds of thrilling events – ranging from inducting a 100-year-old woman into the Girl Scouts to presenting a first-ever bouquet of flowers to a lonely nursing home resident – have earned Eskaton’s “Thrill of a Lifetime” initiative both praise and generous media exposure. The success has even encouraged its replication across the country and internationally. Everywhere, it appears, there is ageless inspiration to make dreams come true.