‘WE”RE LIVING IN A SOCIETY’ 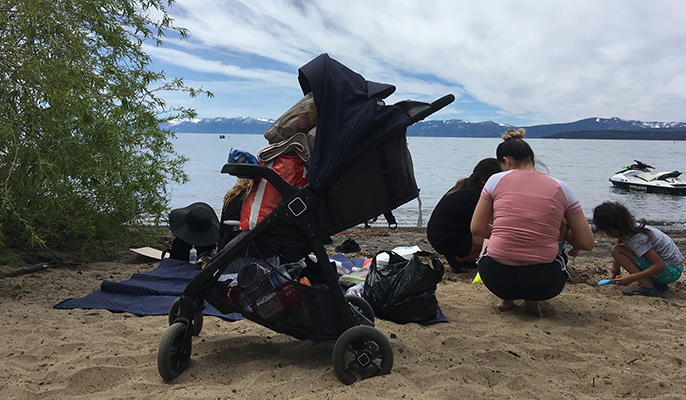 She said “No,” so I naturally assumed she simply didn’t understand what I was asking. Since my initial request to her friend or sister was received with a shrug and something in Spanish.

I gestured that I was simply asking if she could please roll their Winnebago-sized baby stroller a couple feet to the left of where she had just parked it, which was directly between where I was sitting and my once-spectacular view of Lake Tahoe.

It turned out, she not only perfectly understood my request, she proceeded to explain that this was their space and she had no intention of moving her stroller two feet to the left. I could only smile at the absurdity of the situation. I was asking politely, I said, and that I did not understand her attitude, which was weirdly agitated. She turned around and walked away.

In defeat, I declared with some satisfaction, “We’re living in a society!” No response … I can only assume she either didn’t get the “Seinfeld” reference or had already heard the comment too many times to be impressed.

The moral of the story: There’s a self-satisfying “Seinfeld” observation for everything, no matter how stupid.