WAVE HELLO TO IMMIGRANTS AND GOODBYE TO AGEISM

Warning, the fear-mongering “silver tsunami” depiction of the rising older adult population is resurfacing. “[Democracies] are at risk from the intransigence of the old,” warns David Runciman, head of the political department at the University of Cambridge.

Featured in Time magazine (8-20-18) with the provocatively titled “Democracy’s Aging Problem,” Runciman (who’s 51, for the record) opines “what makes immigration such a difficult issue for today’s democracies to resolve is the attitude of the old.” This inclusive label — ”the old” — is the definition of ageist stereotyping — a fixed, hackneyed, oversimplification of some applied to the whole.

Unsubstantively, he makes this assertion: “Who is going to do the work that drives the economy and supports the elderly? More immigrants is the obvious answer.” From this he unreasonably extrapolates, “But the cause of the problem is also what stands in the way of a solution: aging populations are where the resistance to immigration is often fiercest.”

The data he cites is disheartening, though barely supports his argument. A Pew study from June “found that 38 percent of Americans ages 65 and older were unsympathetic toward even immigrants in the country legally.” Unstated, the majority of older adults (60 percent) are sympathetic to immigrants.

The author refers to the awful image of a child lying face down on the beach and the sight of tormented children “to move us to act.” Then unjustly conflates this suffering of the young with “an elderly majority [that] has the growing power to make its attitudes the ones that count.” Reasserting the ageist silver tsunami hysteria, Runciman adds, “Ours are the first major societies in history where the elderly dominate youth simply by weight of numbers.”

ANOTHER POINT OF VIEW

For at least one, very practical reason, many older adults do appreciate immigrants — those who they know personally as dedicated and compassionate service and care providers. These symbiotic relationships present positive social and economic vantage points. Rather than blaming the immigration problem on older adults, consider their ranks and needs in support of a new wave of sympathy. 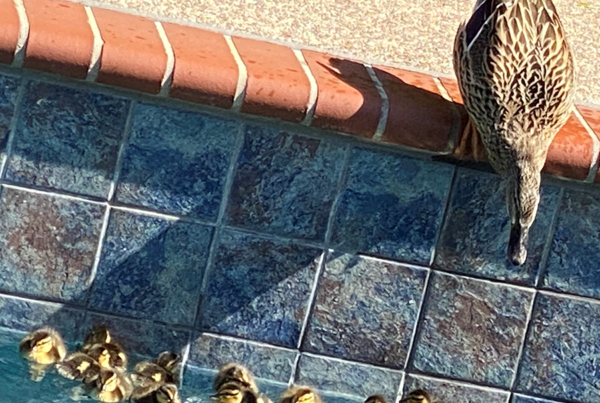