LONGEVITY RULES WITH THE GOLDEN RULE 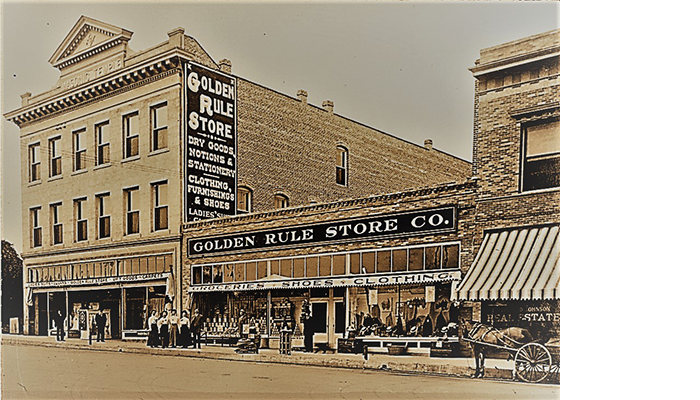 ARCHIVE UPDATE [from 4-17-18] — Empathy is the ability to understand and share the feelings of another. It is the capacity to interrelate with compassion, concern, consideration.

With respect to longevity, it is empathetic to appreciate the aging experience, both individually and collectively, as an accomplishment and an opportunity. Rather than only burdensome and challenging. Moreover, to rid society of ageism and all its prejudicial and unhealthy consequences, a useful step forward would be to stop labelling older adults as “them.” Such a distinction infers older adults are some sort of special interest group — to deal with in isolation, through segregation, almost like a disease.

But the truth is humankind’s longevity is, quite naturally, about us. Everyone is aging, some of us simply have more experience. The sooner we understand that empathy is ageless, the better we can all embrace — and not deny or attempt to defy — the inevitability of growing older.

When empathy rules, longevity rules. And then the instruction of The Golden Rule becomes reality.

THE GOLDEN RULE IS MAKE BELIEVE

Most people believe in The Golden Rule. “Do unto others as you would have them do unto you” is at the core of a civil society — the fundamental social contract that encourages good behavior and discourages bad, rude and criminal behavior.

Of course, there is no guarantee or, for that matter, law that ensures everyone will follow The Golden Rule. It is more of a suggestion — like speed limits and stop signs.

What if, The Golden Rule was more than an Utopian fantasy? Dishonesty, immorality, greed, prejudice, crime and conflict of all sorts would not exist. There’d be no more corrupt politicians, deceptive salespeople, rude waiters and inconsiderate drivers. Forget the half-joking warning about driving on Southern California freeways — Never use your blinker that just tips them off. Through the best and worst of times, we’d all have each other’s back.

For decades, research by Gallup, CNN and USN&WP into people’s attitudes about Americans’ standards of behavior have showed nearly three-fourths of us are dissatisfied with the level of honesty, morality and ethics in the country.

Unfortunately, humankind’s frustration over the lack of respect for one another has resulted in little more than condemnations, commitments and prose.

SAY WHAT YOU WILL, BUT …

The reciprocal positivity of The Golden Rule is distinguished throughout history by a number of inspiring commentaries. Yet, as for any official intents and purposes, its authority is second rate — unworthy of the top 10 Commandments, with only an indirect biblical mention, and there’s no Constitutional or legal standing — which may explain the chasm between believing and following.

Clearly, The Golden Rule resonates … in principle. Yet, our actions betray our beliefs. That we cannot follow something so sublime as “Do unto others as you would have them do unto you” illustrates the depth of our (mis)trust in one another. If only we would practice what we preach. And mutually agree to resolve the eternal identity crisis: You are what you do, not what you say.