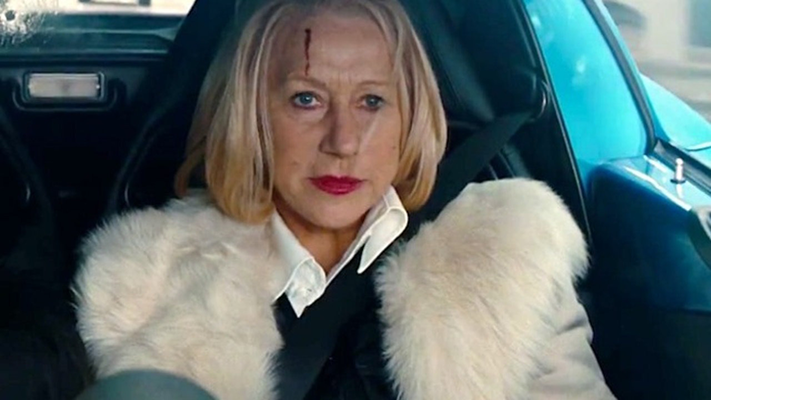 Helen Mirren plays a good badass, and not only when the cameras are rolling. For her, her art regularly imitates her life.

She is more confident in presence and purpose than most people half her age (which is 72). Most inspiring, perhaps, she is comfortable speaking her mind – directly and eloquently.

“In recent years, the term ‘authenticity’ has been so maddingly overused that it often fails to mean anything anymore,” writes Michelle Lee in Allure magazine’s September 2017 cover story. “But Mirren has earned her reputation for authenticity, radiating a sense of humor and a passion for fun that’s often – unfairly – referred to as youthful (because, really, does fun die at 40?)”

Among the many qualities Lee uses to aptly characterize the A-list Dame Helen Mirren, there’s “fierce wit, incomparable talent, sailor’s affection for cursing, ageless sex appeal” and “proud feminist.” But the most graphic insight might just come from the article’s title: “Why Helen Mirren Wishes She’d Said ‘Fuck Off’ More As a Young Woman”

“The truly ageless quality Mirren possesses is that she’s not trying to act like she’s 40,” Lee writes. “She’s actively shifting the paradigm of what it means to be in one’s 70s in Hollywood and society in general, but without a preachy agenda.”

“The best thing about being over 70 is being over 70,” Mirren said in an interview with AARP The Magazine in its December/January 2017 issue.

She shuns anything labeled “anti-aging,” while exuding confidence in her appearance. “I’m a woman [who] loves make-up and getting dressed up,” Mirren told the UK Daily Mail in 2015. “As I get older, I don’t look as good, but I don’t give a damn. There’s a huge pressure on young girls to look a certain way these days but, as I age, I’ve lost that incredible insecurity of youth.”

Mirren’s response to her Allure interviewer’s expectation to live to 100 is that she would like to live to 150, mostly to witness future mind-blowing advancements in technology. “I’m just amazed and awestruck by the development. It seems every day there’s a new thing that you can do.” Which is about as perfect an advertisement for the pursuit of healthy, purposeful longevity as one can expect.