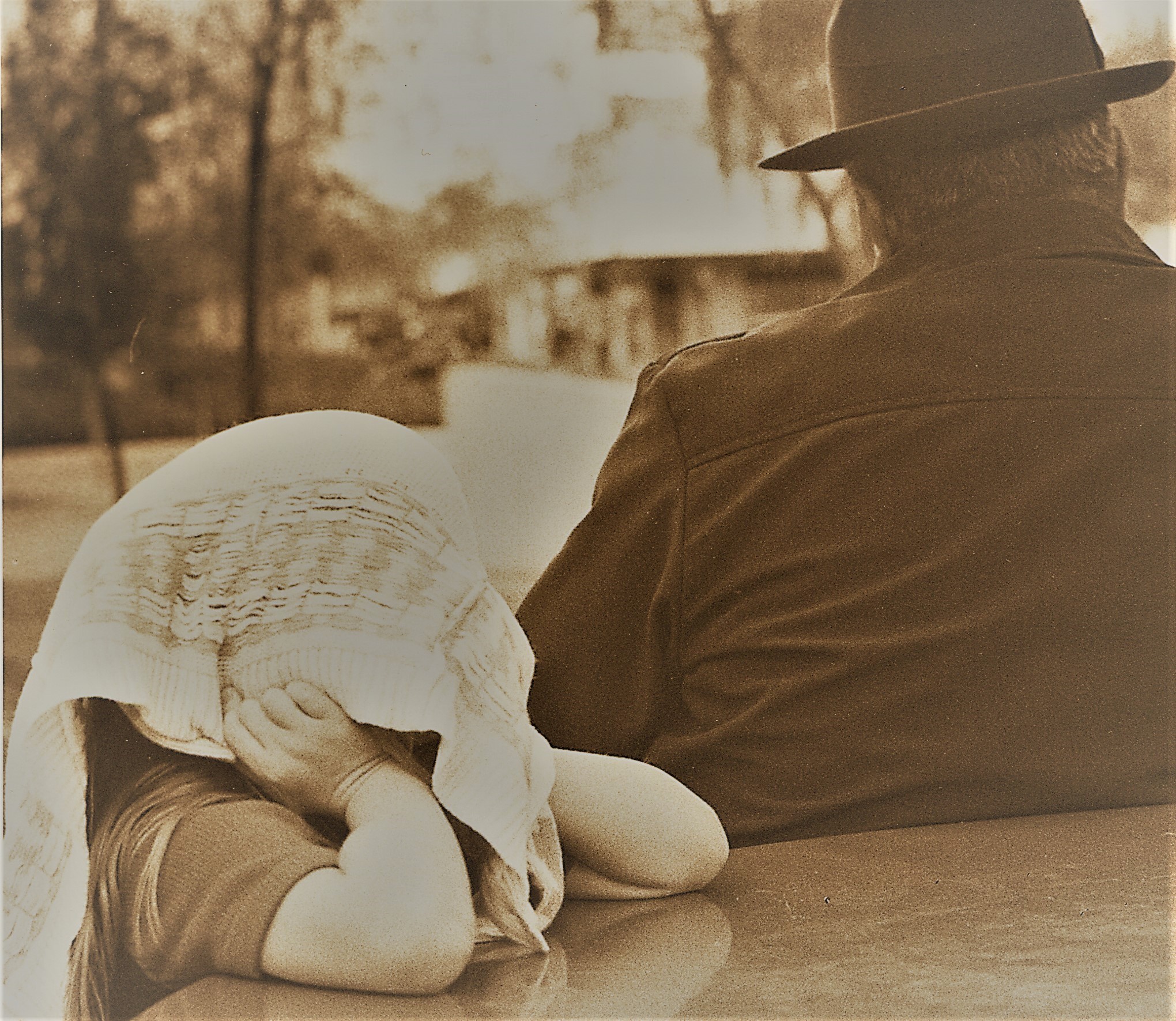 There’s battle lines being drawn
Nobody’s right if everybody’s wrong
It’s time we stop, hey, what’s that sound
Everybody looks what’s going down.
— Stephen Stills (“For What It’s Worth” by Buffalo Springfield)

Everyone is aging; some of us just have more experience. Which is why it’s disturbing to encounter yet another ageist catchphrase: “OK Boomer.” Yeah, I get that it’s sarcasm, a counterpunch to the perceived derision attached to “millennial.” Still, there’s already more than enough blaming for the myriad problems — incidental and existential — confronting humanity. What we need more of are accountability and solutions.

Instead of wasting time with naming, shaming and blaming, everyone needs to work together to harness our youthful energy and wisdom of experience.

Labels are annoying. On clothes, they itch our skin. They leave a sticky mess on books and other stuff. On products, they often mislead. But it is when labels are attached to people — for race, heritage, sexual orientation, social and economic class, age, et cetera — that they are truly harmful.

Though civil society discourages “ism” prejudices, ageism not only persists, it’s growing. And “generation-ism” may be both a cause and effect. As with most labels, the origins of generational identifiers are questionable; and their usage inconsistent and clumsy to interpret. The CNN Library attempted to qualify generations in groupings bracketed by birth year, based on U.S. Census studies, Pew Research and demographers/authors Neil Howe and William Strauss. (More on these “taggers” later.)

The six profiled generations of the 20th century go something like this: There is the “Greatest Generation” (also known as the “GI Generation”), born in 1924 or earlier. The “Silent Generation,” born between 1925-1945, gets its name from being more cautious than their parents. “Baby Boomers” (or “Boomers” or “Boomer Generation”), born 1946-1964, all 78 million of them, are so-called for the dramatic increase in the birth rate post-World War II. The label “Generation X,” for individuals born 1965-1979, comes from the term used by historian Paul Fussell and then popularized by novelist Douglas Coupland. The infamous “Millennials” (also “Generation Y”) moniker includes individuals born between 1980-2000. And finally and obviously, comes “Generation Z,” individuals born 2000-current.

Where demographers, sociologists, marketers and media supposedly find value in these so-called cultural signifiers, others argue such labels are as worthless as anti-aging nostrums and platitudes like “You’re as old as you feel.”

If you must blame the ages, blame those flaws in human nature that have infected us throughout history: power, greed, sloth. Buying into derogatory contrivances like “selfish” boomers, “slacker” gen x’ers, “entitled” millennials and “resentful” gen z’ers does little more than disguise our innate, intergenerational failings.

Pitting generations against one another “relies on the invention of mendacious attributes, conferring on millions of diverse people implausible character flaws or virtues,” explains Margaret Morganroth Gullette, age-studies scholar and author of Ending Ageism, or How Not to Shoot Old People. Because age-peers experience the same historical events and periods of time, they do not necessarily behave uniformly or build the same memories or share the same beliefs.

Gullette writes in a powerful opinion piece in the Boston Globe (10-11-19): “How do imaginary reputations and hostile emotions get nailed onto struggling groups, decade after decade, in this pernicious way? Naming each imagined age cohort makes it possible.” She goes on to explain how the process of naming or “reification … makes vague temporal proximity into a thing.”

Phrases and phrasemakers create divisiveness, Gullette warns. “Once cohorts are reified by name, the labels become dog-whistles. Envy and fear can divide a nation and abet destructive political changes. Malice can turn one generation against another.”

“… but words will never hurt,” the proverb goes. Victims of verbal abuse may beg to defer. Particularly older adults, upon whom the infliction of condescending, stereotypic and otherwise negative language can create unhealthy self-perceptions which can, in fact, lead to premature death.

Multiple research studies by Yale University epidemiologists and others show that people who internalize negative attitudes about aging die on average 7.5 years earlier — a greater negative impact on life expectancy than that associated with not exercising or smoking.

Consider the cutesy alliteration “silver tsunami,” which swept into the zeitgeist a decade ago in response to the first boomers turning 65 (at the “alarming” rate of 10,000 per day.) Dread the doomsday wave, decried both ends of the aging spectrum. Younger generations invoked the phrase to blame boomers for social and economic inequities; while aging advocates implied the eminent and fearful consequences validated their demands for more support and services. Stoking such anxiety, however, feeds the “generation gap” narrative, which counterproductively divides rather than unites public attitudes and actions for a social cause.

Along comes “OK Boomer,” the anti-aging slur de jour. To most boomers it’s just annoying, which, of course, is exactly the desired reaction. The irony-soaked phrase is most prolific on internet platforms inhabited by teenagers and younger adults — with tens of millions of hashtags, memes and videos on Instagram, Twitter and especially TikTok.

One popular definition in the edgy online Urban Dictionary explains “OK Boomer” as “When a baby boomer says some dumb shit and you can’t even begin to explain why he’s wrong because that would be deconstructing decades of misinformation and ignorance, so you just brush it off and say okay.”

Teenagers believe the phrase is the “perfect response because it’s blasé but cutting” and that the snarky retort is the “digital equivalent of an eye roll,” Taylor Lorenz reported in The New York Times (11-3-19).

However the slang phrase is used — in jest, to mock or ridicule, as a defensive coping mechanism, with malicious intent, aimed solely at older adults or at anyone who is intolerant or ignorant — is largely irrelevant. “OK Boomer” is perpetuating the stereotype of older adults as clueless and uncaring. And demonstrably worse, “OK Boomer” reinforces the insidious cultural tendency toward generational division and blame.

There will always be plenty of blame to go around, justified or not, for civilization’s multitude of crises. We should avoid judging generations as monoliths; and in hindsight neither blindly denigrate nor glorify particular periods of history. No offense, but did all or just some of the “greatest generation” deserve this prestigious moniker? Our entrance into WWII was not universally supported, at least initially; and during this time there was institutionalized racism, sexism and anti-Semitism. And to be fair, the imperfect boomers have done their share of damage; as have and will each successive alphabet generation. Our descendants must constantly deal with putting out fires started and still smoldering or outright roaring as a result of the ignorance, complacency or negligence of their ancestors.

In the past century alone humanity has experienced a succession of existential threats — from World Wars, to nuclear proliferation, to overpopulation, to environmental abuse. Global warming is the legacy crisis inextricably linked to the boomer generation. Even though, as youngsters, boomers launched Earth Day in 1990 and were first to sport “Ecology Now” stickers and patches. More ironically, it was a radical environmental activist in the mid-sixties who coined the phrase “Don’t trust anyone over 30.”

No generation should be typecast, because none has been universally great, good or bad, moral or ethical. As with each cohort, boomers are a complex and dynamic lot: initially idealists, who turn into hypocrites, and ultimately (attempt to become) reconcilers.

Unfortunate millennials and probably several generations to follow have created their own existential threat. Their legacy crisis will be information abuse — the overreach of big/consumer tech and the degradation of personal privacy and security. Without regard for the long-term consequences, younger adults are blithely allowing disruptive, conniving, largely unregulated tech giants to harvest and misuse personal data. (Remember Facebook’s founding motto: “Move fast and break things”?) To return the favor, the online behemoths sell our profiles to advertisers, transmit fake news and weaponize propaganda — with impunity by exploiting self-regulation and the First Amendment rights.

Smugly blaming other generations for problems too often distracts from the real perpetrators and allows them to continue shirking responsibility. Rather than arming a circular firing squad, generations need to team up to fight real injustice. The privacy pirates of the tech industry, Wall Street cheats, corrupt politicians, corporate polluters, gentrification profiteers — these are some of the real maligners toward which our derision and our collective activism should be focused.

UNITE, FOR PRACTICAL INTENTS AND PURPOSES

Connecting people of different ages shows how much we’re alike, not different. Intergenerational bonds help break down counterproductive barriers, which is more vital now than ever as our population shifts in an unprecedented manner. Older people’s numbers are increasing, youngsters’ numbers are declining, and more years are separating the extremes.

The good news is respect between generations is improving and, according to research studies, conflict is lessening. Which makes now — for practical intents and purposes — the best time to promote the countless reasons why belonging and aging together are mutually beneficial.

More than three in four people wish there were more ways in their communities for people of different ages to meet and engage with one another, according to the Generations United and Eisner Foundation report, “I Need You, You Need Me: The Young, The Old, and What We Can Achieve Together.” Filled with strategies for advocacy and program development, the 2017 report began with this simple suggestion: “Smile at someone much older or younger than you. … You never know what will happen from there.”

Time is up for the blame and name game. The best culture-advancing practices are those which encourage diverse age groups to connect — to live, learn, work, care and share experiences together. This way the sum of generations becomes greater than the individual ages.

“Come on people now … Everybody get together.”

Stuart Greenbaum is lead author for the Humble Sky online blog, editor of the book Longevity Rules and a veteran public relations counselor. He also serves as a Governor’s appointee to the California Commission on Aging.