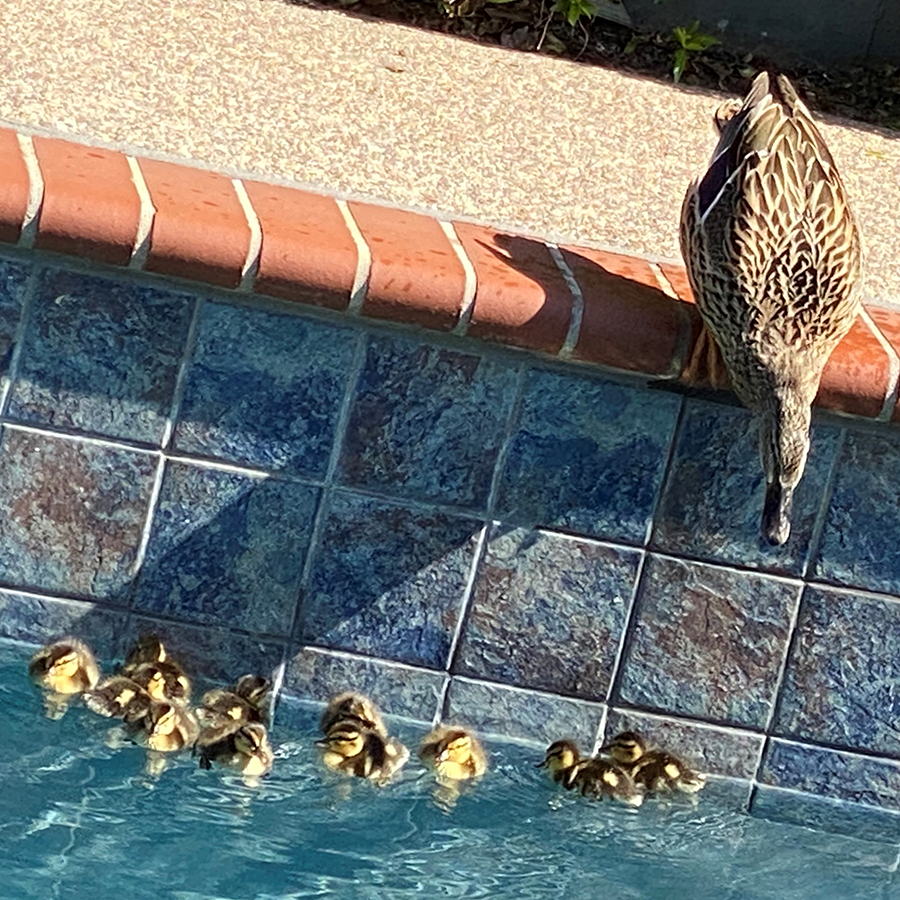 The local animal control agency said to “Wish ‘em luck,” when we called for advice on the 11 ducklings hatched in our backyard.

This was the first time in 30 years that a “hen” nested in a patch of soft earth beside our pool. For about a month — mid-March to mid-April — she was “physical distancing,” like her human counterparts, only in this case it was instinctual to avoid predators and aggressive males or “drakes.”

On April 22, Earth Day, the eggs hatched. Less than 12 hours later the 11 little fluff balls were alternately skimming around the pool and cuddling under their mother to sleep. For a full week they enjoyed an ideal life — swimming and eating chick feed (we felt obliged to provide since bugs and algae weren’t on our yard’s menu.)

This was a perfect coincidence. Forced to shelter in place, we and the ducks made the most of our homespun relationship. They were growing, getting stronger and wiser. We were being entertained for free. Still, we figured our feathered friends would naturally and soon migrate down the street to nearby William Land Park. Two blocks south of our house, a giant man-made pond is home to all sorts waterfowl, including ducks and geese. We were naïve and wrong. Our guests were getting more comfortable by the day.

But it was time to go. The weather was warming. The pool was clouding. Several mallards were marauding. Local cats were hovering, and hawks of prey were circling above. Animal control was no help when we asked how to get them to the park. “It’s a hard world out there,” the representative said. “The mom will figure it out.” Private animal rescue groups offered advice and support, but no service.

It was up to us. So, today we opened the gate, placed the food tray on the sidewalk outside and waited, for several hours. Eventually the gang got hungry enough and wandered out of the yard. From there, with rake in hand, we proceeded to shepherd the dozen critters through neighbors’ yards and across streets to Land Park pond, their new, more natural habitat. The ducklings appeared to acclimate safely. The mother hen’s welcome was not as smooth. It is peak mating season and she was immediately pounced upon by a handful of drakes, but fortunately managed to escape to nearby tree. (“Hate the drake”). Even in this lockdown world, it remains a wild life out there.

Later in the day I visited the pond and spied all 11 ducklings, together, swimming about freely. When I zoomed in for a photo, they scurried toward me from across the pond as though the recognized me — as a source of free food. 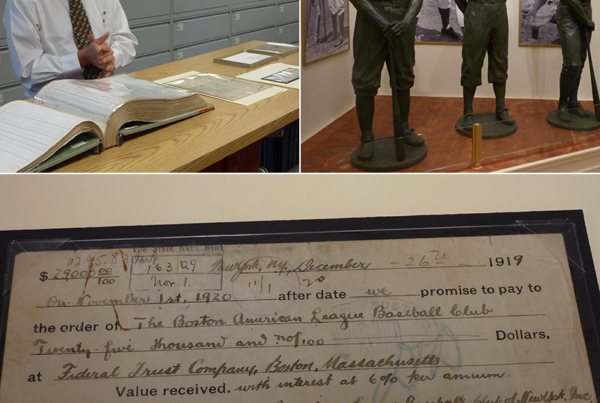