BICYCLISTS DON’T GET IT BOTH WAYS 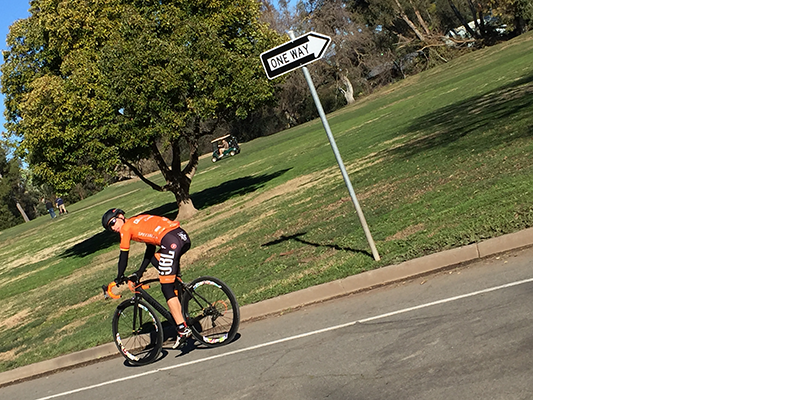 This typical scenario: You’re driving on a downtown street, pull up to a red light, flick up your indicator and prepare to turn right. There’s no cross traffic, no pedestrians, but you pause anyways. In your rearview mirror you see a spandex-covered bicyclist racing down the road to your right. As anticipated, he squeezes between you and the curb and runs through the intersection, ignoring the red light.

Once again, you’re both relieved and annoyed. You’ve avoided a collision and subsequent insurance hassle. But this road anarchy has got to stop; reckless bicycling has got to stop.

One solution, promoted in a biker-friendly article titled “Yielding to Reality,” which appeared in a recent edition of a Sacramento neighborhood Land Park News, is to change the law. “It shouldn’t be illegal to do something that causes no harm … something that is safe and sensible,” the writer declares, adding this to support his position: “Coming to a complete stop makes trips by bike more arduous (it requires expending 25 percent more energy than rolling through).”

The tabloid article even cites a DePaul University study done in Chicago that reported 96 percent of bike riders don’t come to a total stop at stop signs.

So, in summation, the arguments of proponents of bicyclists blowing through stop signs are that 1) it shouldn’t be illegal because it takes too much effort to stop and besides, 2) everyone does it. Makes sense — to bicyclists? Does not make sense — to non-helmet wearing folks!

Or, how about this? For everyone’s safety, an alternative recourse would be for the DMV to legally force street outlaw bicyclists to declare their intentions while pedaling in public. Literally, to be flagged for all to see.

Here’s how it would go: Riders would have to choose one of three semaphores — green, yellow or red – which would fly high on a fiberglass pole attached to their front handlebar.

GREEN would indicate you respect the same rules of the road as motor vehicles.

YELLOW would indicate you are overly cautious and intend to ride slowly and carefully on pedestrian pathways — always deferential to walkers and runners.

RED would indicate “watch out,” your selfish riding habits are dangerous to all, particularly those of us with whom share your frustration for not seeing one another.

For those who are unsure what color to choose, the DMV form will prompt the applicant: Do you regularly yell at and flip off drivers? Do you complain to fellow cyclists about “inattentive” drivers? Do you have road-rash? Assuming the answers are yes, the recommendation will be to mark “Red” and to complete the organ donor registration form.